From Wikipedia “Pierogi consumption in the United States is largely concentrated in a geographical region dubbed the “Pierogi Pocket”, an area including New York state, Pennsylvania, parts of the northern Midwest and southern New England. This region accounts for 68 percent of annual US pierogi consumption.”

Ask anyone, Pierogi are the most delicious food on Earth: 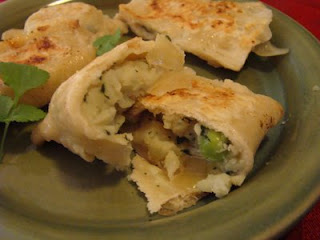 These delicious morsels take hours to make, but are so worth it. Start off with mashed potatoes with salt, pepper, olive oil, peas, spinach, and sauteed onions. Make the dough (recipes are relatively easy to find) roll it out, stuff it with potato mixture, seal them up with water, drop into boiling water, wait ’til they float, fish them out, fry them up, and you have the most tasty mouth food on the planet.