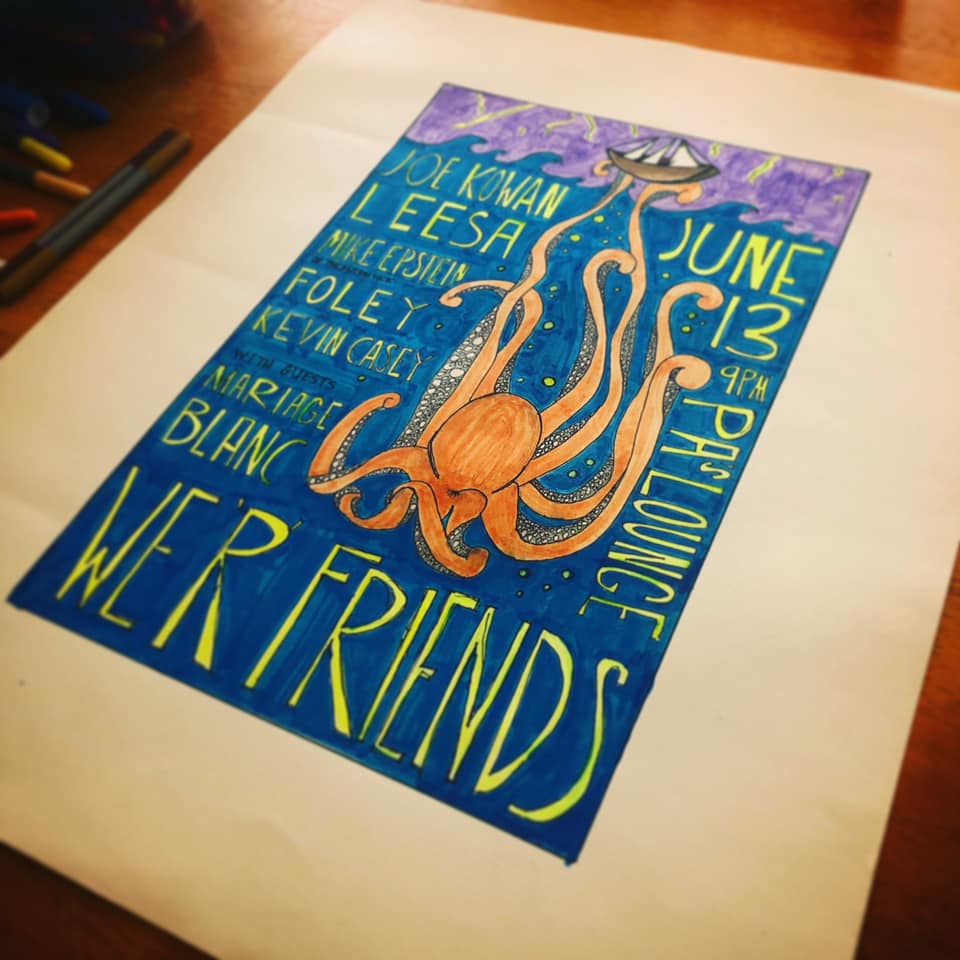 Fun show Saturday night at PA’s with a bunch of close friends of mine that I started out with on the open mic circuit a million years ago.

Foley is outrageous in person and subdued on stage. Don’t be surprised if plays a Leonard Cohen or Tom Waits song.

Mike Epstein is frontman for The Motion Sick, he’ll be delivering stripped down versions of full band songs, some new things he’s working on, and one or two surprises.


Mariage Blanc cap the night – they are a touring indie-pop band from Pittsburgh.