Most people who have spent at least five minutes in my presence have heard my diatribe on pun-named businesses. I actually have often talked of my plans to run for legislative office so that I might propose a bill to allow, without repercussion, the razing of all establishments with pun names. I did state that this law would exclude chinese restaurants with wok-related puns such as “Wok-N-Roll” and “Wok Around the Clock.” As you all also know, I don’t condone actual violence, nor do I have plans to take up politics. The best I can is to help roil up your anger and intolerance of pun-named businesses by telling you about Best Week Ever’s list of the 50 Best Pun Stores 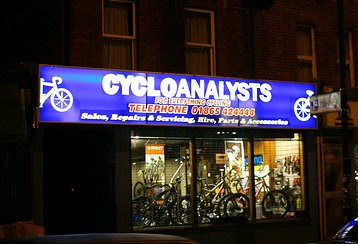