I broke down and bought a mini cupcake pan, even though I think it’s against my morals. I was jealous at the last party that I was at, that everyone was eating store-bought mini cupcakes instead of my homemade concoctions, and GASP! even cutting my cupcakes in half!!!

However, the mini cupcakes are bitesize and super cute.  These were just simple vanilla with [vegan, obviously] cream cheese frosting and the fancy sprinkles from whole foods. 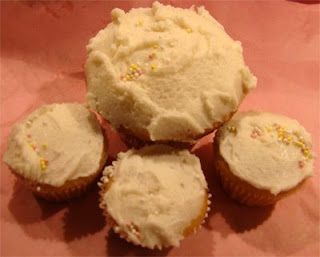 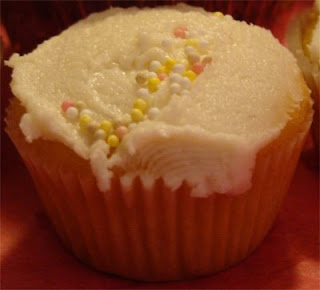