We’ve been searching for a while for a band to have a feud with.  Music feuds are awesome and hilarious.  Oasis vs. Blur.  Neil Young vs. Lynyrd Skynyrd.  It’s all good stuff.  Anyway, yesterday at The Digital Bear Studio Party, The New Collisions (playing their first ever show) , “accidentally” knocked our commemorative framed album off the wall of the studio onto the ground shattering all of the glass encasement.  They were so sneaky about doing this that it APPEARED that they didn’t even touch it.  Somehow though, none of the other displays fell off the wall.  They are in big trouble!!!!!!!!!

Here it is in slow motion: 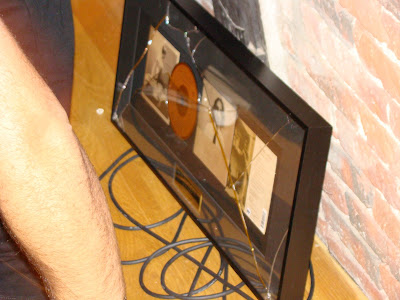 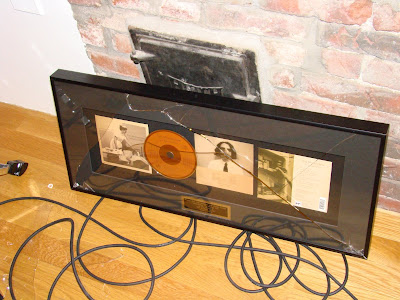 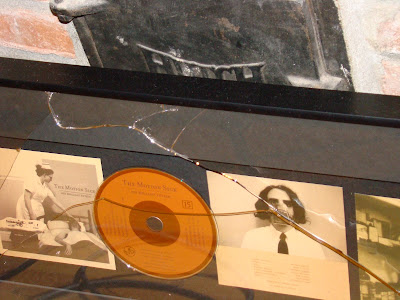 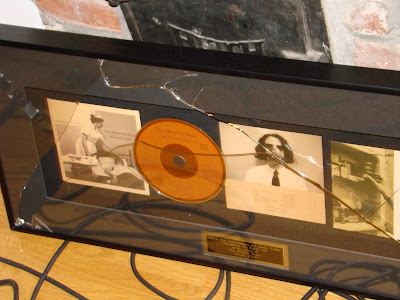 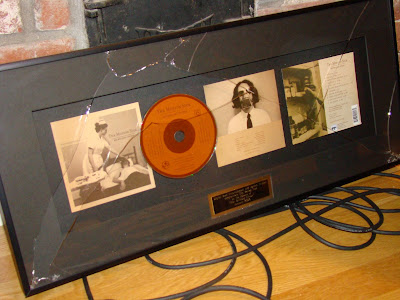