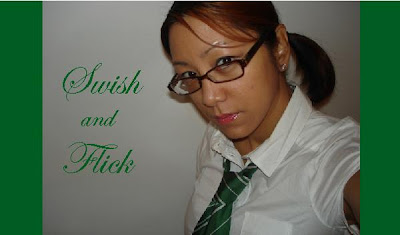 I’ve never read any Harry Potter books nor seen any of the film versions, but it’s pretty obvious that one or two other people have.  Admittedly, I thought it was kind of funny, albeit mean, when those kids ran around Harvard Square at midnight on the night of the last book’s release and announced spoilers via megaphone.  Thinking back about it, the only thing that made it funny was that they preceeded the spoilers with “Excuse me everyone.  Please pay attention.  We have a magical announcement to make.”

Mean spoiling aside, the craze over little Harry has sparked an entire musical movement called Wizard Rock (AKA WROCK!).  Even without knowing a crumb about Harry Potter, I still find myself really enjoying some of the tunes.  The first big wrockers as far as I know, are local marketing geniuses Harry and the Potters, who may just be billionaires by now via merch sales (remind us here at The Motion Sick to start writing more songs about popular culture).  Anyway, even without any context, damn if “Save Ginny Weasley” isn’t a really great song (hear/download it on their myspace page).

This brings us (finally) to today’s point.  My buddies in Cookie Galore, an awesome synth-pop band, have spun off their own awesome hip-hop Potter band, Swish and Flick.

“Swish and Flick sounds like a debauched party in the Slytherin common room after defeating Gryffindor for the quidditch cup. In other words, like Cookie Galore using a time-turner to go back to the 80’s to make rap music with Bernard Sumner and Rick Rubin as their producers.”

Again, I don’t get any of the references, but damn if “SLY in Slytherin” isn’t another awesome ol’ school hit.  Swish and Flick, along with a bunch of other Wrockers are featured in a little MTV piece about a recent Harry Potter gathering.  You can check out MTV’s coverage here: http://www.mtv.com/overdrive/?id=1592999&vid=266890&http://www.themotionsick.com.

Another positive spin on the Harry Potter biz is another local outlet, The Harry Potter Alliance, run by friend of The Motion Sick (and former Late Night Player), Andrew Slack.  Here’s a bit about what they do, only part of which I really understand:

“And so the HP Alliance is dedicated to bringing together Harry Potter fans from everywhere to spread love and fight the Dark Arts in the real world and we need your help!

Help us replace the Dark Arts with love. Help us build the real Dumbledore’s Army. Help us create an Alliance in the name of Harry Potter.”