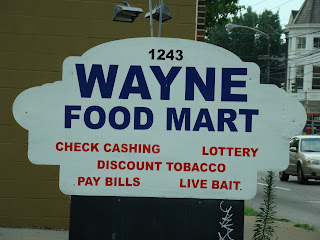 Sophia says: Today was a lot of boring, boring driving through the wasteland that is West Virginia (their new motto, coined by me is: Go Around) and the cornfields of Ohio. Around 3 I gave up any hope in eating something interesting and ate a surprisingly edible Subway veggie sandwich. We made it to Dayton in time to meet Ohio friends for dinner – we ate at a chain I like to call “Corporate Tofu” – again, surprisingly edible. Every show we’ve had so far, I’ve shown up in the town, announced that the show was going to suck and then had a really great night – Dayton was really awesome. South Park Tavern had an actual soundsystem – mic’d my kick drum AND snare! Which has been rare so far on this tour and an attentive man behind the board – Kyle Melton – of The Budda Den – Kyle is doing great things for the Dayton music scene – for local Dayton bands and touring acts – setting them up with a place to play and blogging it all. He had listened to our CD ahead of time so he had a total sense of how we should sound. There were a bunch of people hanging around being really attentive and we sold a handful of CDs – so it was a really great night all around for us. We played with Outright Liar (video 1 – video 2) – this was the last night of their month-long residency – two weeks ago they played with Boston band, The Wandas.  I also enjoyed that they had house plants and a tiny drum set hanging from the ceiling.

We have to take Agent Bishop out for some exercise once in a while:

We are also training Agent Bishop to sing. He is seen here performing a cover of the Patrick Mussari (AKA Starman) hit song, “Ohio (Round Outside)” 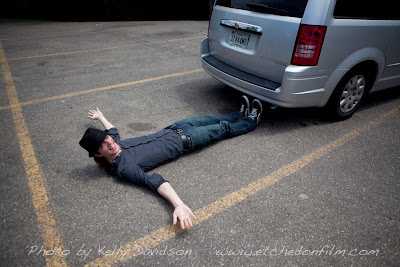 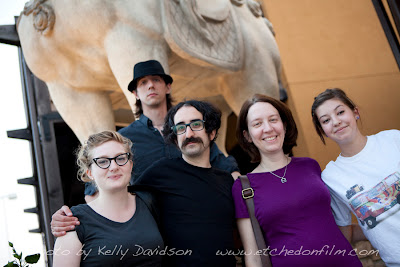 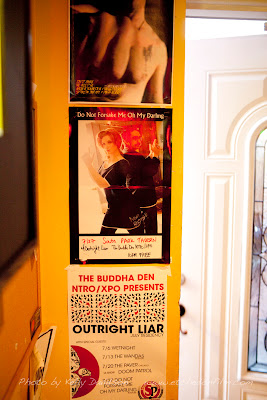 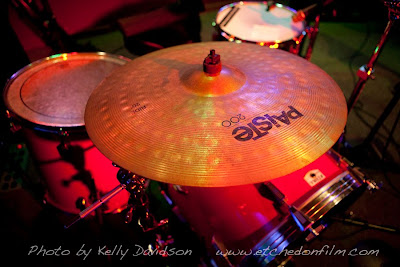 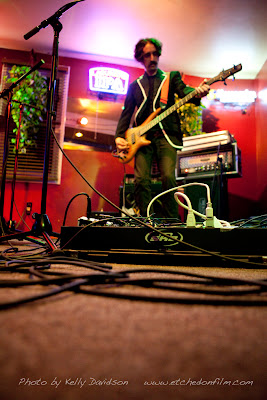 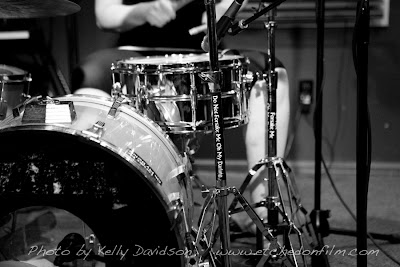 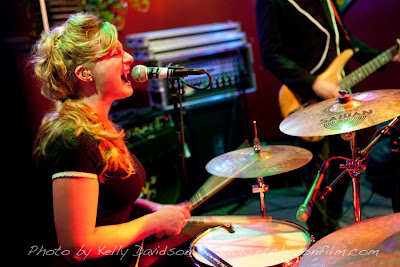 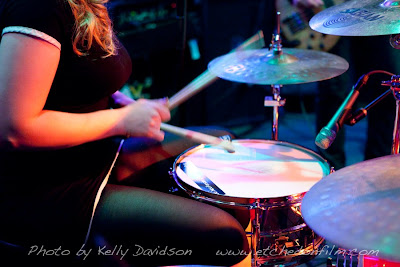 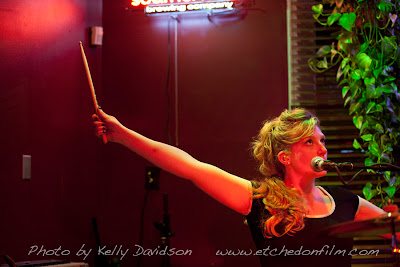 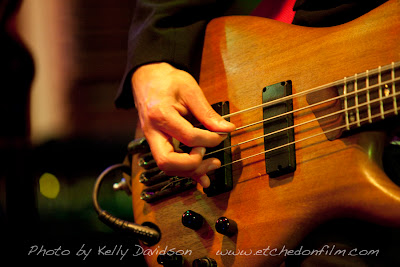