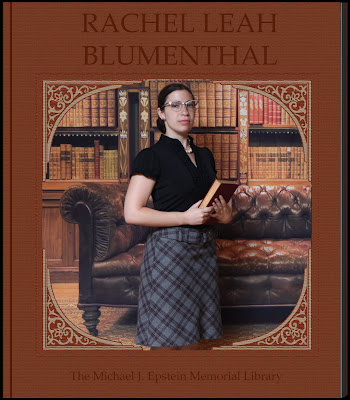 When Rachel isn’t playing whatever instrument she can get her hands on – most often flute, piano, and oboe – she’s writing about science, food, or the science of food. She eats ghost chili for fun and is currently attempting to try every cupcake in Boston. A native of Sharon, Massachusetts, she earned a bachelor’s degree in Neuroscience at the University of Rochester and a master’s degree in Science Journalism at Boston University. If you visit her kitchen, you will find a sheep brain in a salsa jar on the windowsill. Hobbies include photography, running around in those funny shoes with the toes, and learning foreign languages.

Favorite Author: Ayn Rand. While some of her views are rather polarizing, she has a fascinating ability to weave an entire philosophy throughout a novel. The Fountainhead and Atlas Shrugged are worth a re-read every few years; there’s something new to learn at different stages of life.

Favorite Book: Catch-22. The playful use of language and the absurd juxtaposition of horror and humor make Catch-22 an entertaining yet powerful read. From bizarre characters to irrational situations, the book shines light on the overwhelmingly illogical survival of humans despite greed, pettiness, and ego.

Favorite Movie Based on a Book:  Everything Is Illuminated. While the book is wonderful and includes a detailed back story, the movie focuses on the present in a whimsical and touching way. Featuring Eugene Hütz of the gypsy punk band Gogol Bordello in a hilarious supporting role, the movie is a powerful tale of exploring one’s ancestry.

(Find Rachel at Fork it over, Boston! [Food Blog], her personal web site, and Twitter)