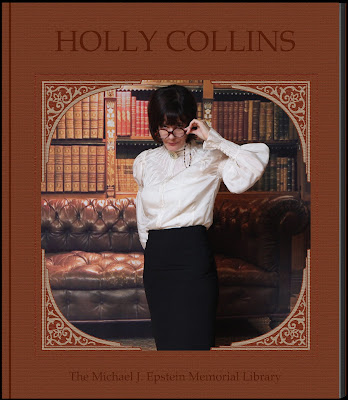 Holly hails from Boston and still misses the “real” Harvard Square and, especially, The Tasty. Holly went to Northeastern University, where she studied Behavioral Neuroscience including cool stuff like drug addiction and behavior. After NU, she moved to New York for a bit more brain-work and biotech research. After racking up an exorbitant amount of library fines at the New York Public Library, Holly ultimately returned to Boston,  where she now works as an Application Scientist by day, manipulating data in all sorts of ways that are hard to explain in a bio. Outside of work, Holly entertains herself with a host of artistic endeavors, ranging from pottery to fashion design to baking (and is even a member of a cake decorating society—yes, that actually exists). She also enjoys traveling and warding off gangs of hip-hop ninjas with her soothing kalimba tunes and canine partner in crime, Pluto.

Favorite Author: I’m a sucker for scientific novelists and think Oliver Sacks is the master of it with his brilliant, unique view of the world. I also love Henry David Thoreau, Matt Taibi, the great Sherlock Holmes, HP Lovecraft, and Julia Child (who, incidentally, taught me how to make the world’s best soufflé).


Favorite book: I feel like a traitor even trying to pick one. I love nurturing my inner geek with stories about brain and behavior, especially when the plot is combined with other disciplines like computer science and art. My copies of The Great Gatsby, The Time Machine, and The Republic are also quite well-worn…but that doesn’t even really scratch the surface.

Favorite movie: I am fascinated with dystopian stories like A Clockwork Orange. Oh, and Romancing the Stone—love that too.

Favorite Song Based on a Book: “Love and Destroy” by Franz Ferdinand, which is inspired by The Master and Magharita. Extra points for this one because not only is it a great song, but it’s a great book too.