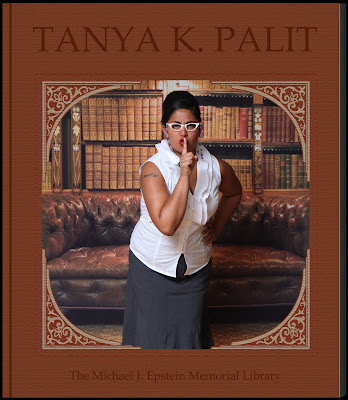 Tanya picked up the guitar for the same reason many people do: Bangladeshi political instability (assassinations, strikes) and natural disaster (mainly flooding). Let’s just say she was afforded many idle days off from her job at an NGO, and is self-taught. She studied the violin from age 9 until the point in High School when association with the so-called “dorkestra” became a social liability. Tanya is also the self-anointed karaoke Queen of greater Grand Rapids, MI.

Favorite Author: Arundhati Roy is Tanya’s favorite author. Her turn of phrase is masterful, her arsenal of knowledge astounding, and her incisive analysis utterly damning. Her celebrated fiction is worth a read, but her non-fiction essays cut to the pulsating heart of complex social and political issues with a rare clarity and grace.

Favorite Book: Salman Rushdie’s triumphant Midnight’s Children is near to Tanya’s heart, and a true jewel in the crown of English literature. Rushdie’s unwieldy, playful prose and wicked sense of humor about the patently un-funny are among his gifts as a story teller. Plus, any author whose writing makes the Ayatollah of Iran order a bounty on his head receives some serious bonus points.

Favorite Band Named after a Book: Belle & Sebastian, named after the French children’s book of the same name. This band’s mellow melodies and hushed vocals remind Tanya of rainy afternoons in college, spent listening to lyrics like “If I could have / a second skin / I’d probably dress up in you.”

Favorite Song Based on a Book: “Ladies and Gentlemen, We Are Floating in Space,” by Spiritualized, based on a story line in the philosophical adventure book Sophie’s World. How can anyone not love that title?