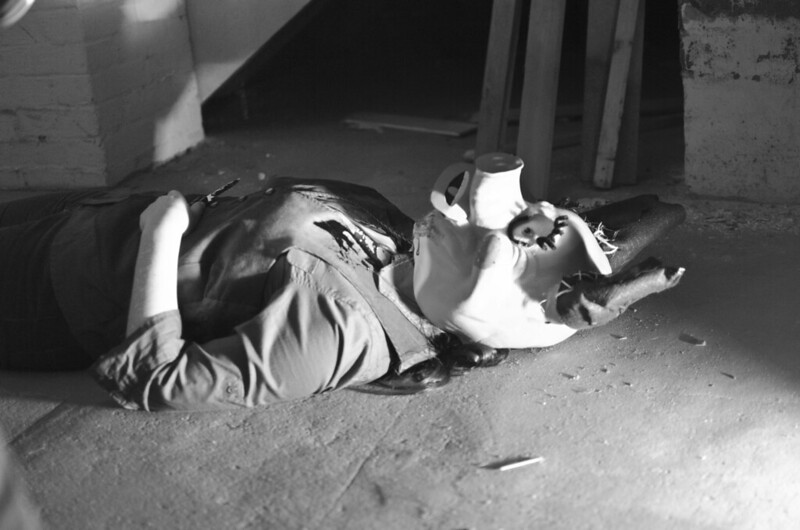 Next in the TEN video series is me, talking about Day 2 of shooting, which was my first and most intense day on camera. First, I had to learn to use a lighter. Call me crazy, but I don’t like having fire near my fingers. Much later, I got covered in fake blood and then had to frantically clean up to shoot an earlier scene. And by 5 in the morning, a real knife was being swung repeatedly by my face, at which point I sort of had a panic attack in real life and had to take a little break before successfully wrapping the scene.

Apparently I can’t trust anyone else to use my camera, though, as this video is completely blurry. Oh well – my brain was blurry at 6 AM too, so I guess it’s appropriate.