There are so many embarrassing bits here, I don’t even know what to say about them.  These are likely to all be circa 1987.

This is a story I think I wrote as a summary based on a story in some kind of game module.  I don’t think I invented the names or events, but I am not really sure. 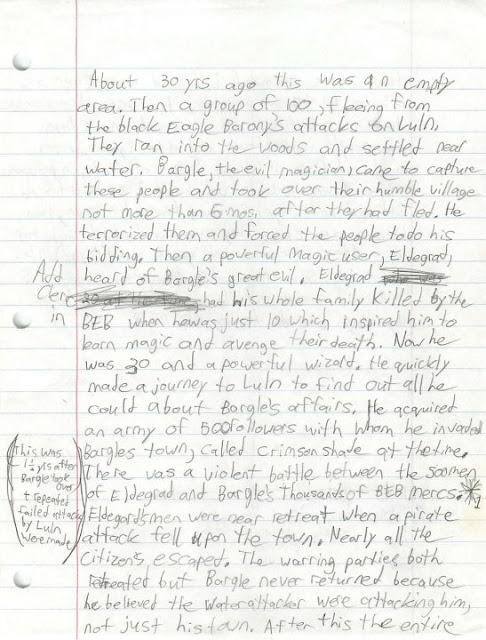 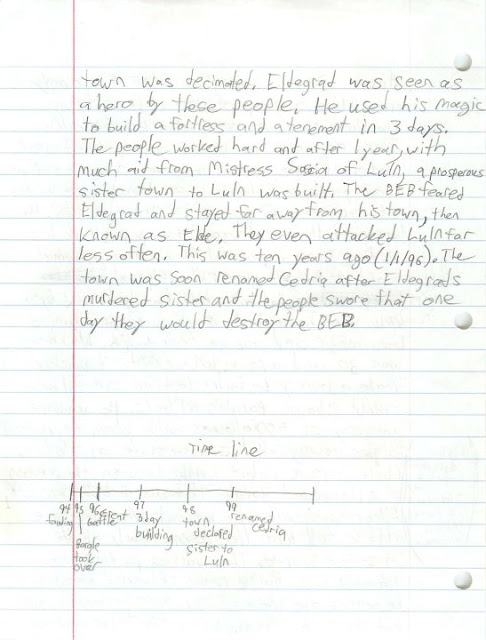 I was apparently obsessed and I mean obsessed with my set of characters from the Zigor family.  I have character sheets for Zigors 1-7 billion or so. 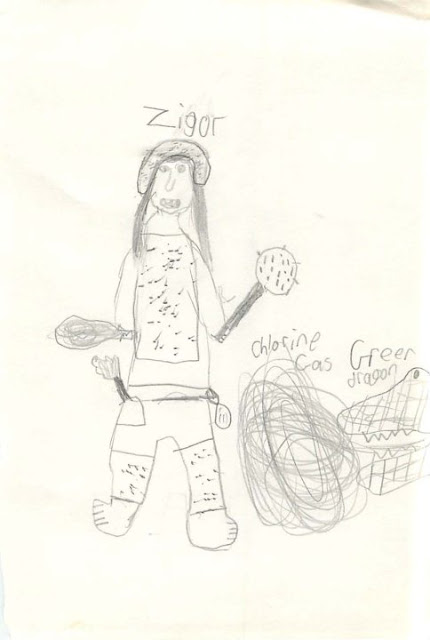 Yes, I even invented a country run by Zigor, called, naturally Zigorous. It had some fair laws and a pretty bizarre coat of arms. 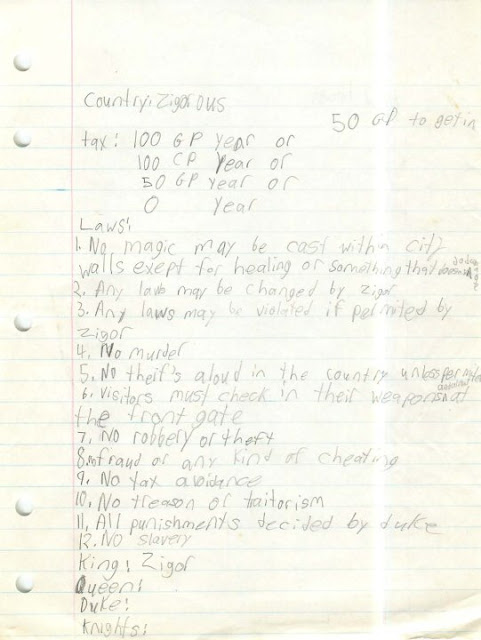 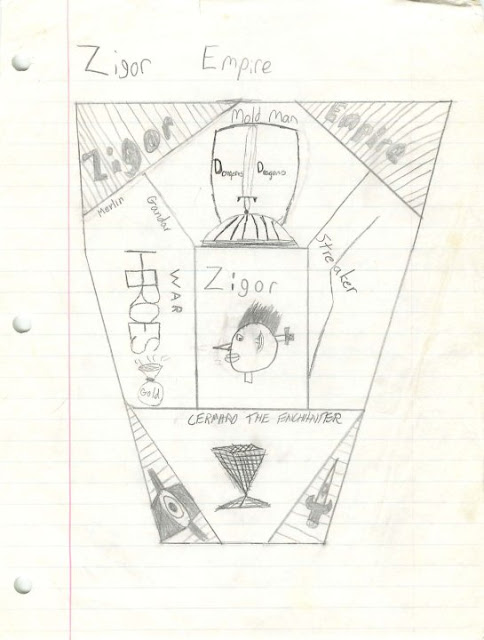 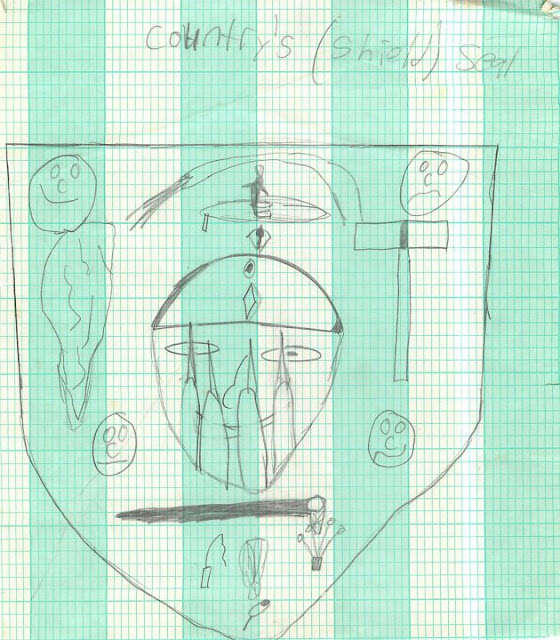 Also, Zigor had a giant robot.  I don’t know how or why, but he did. 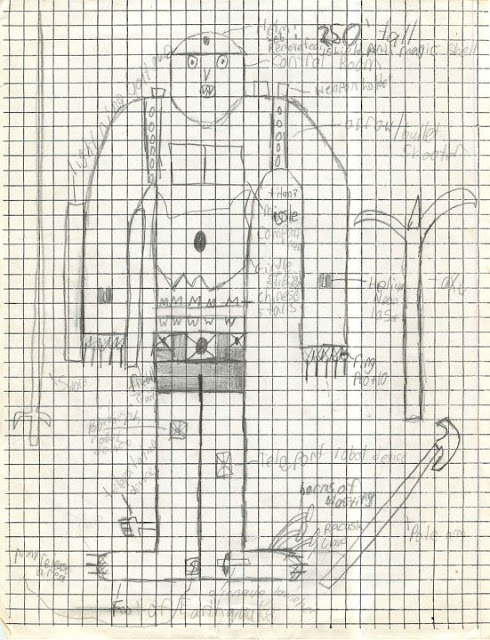 …and, of course, a ridiculously elaborate castle that would have taken about 10 million workers 5 million years to build. 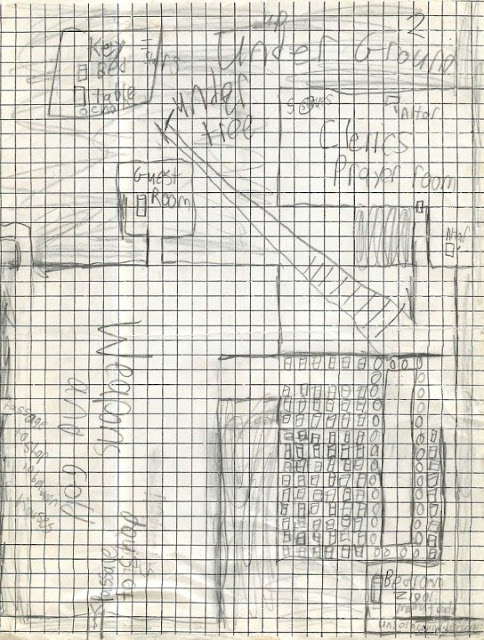 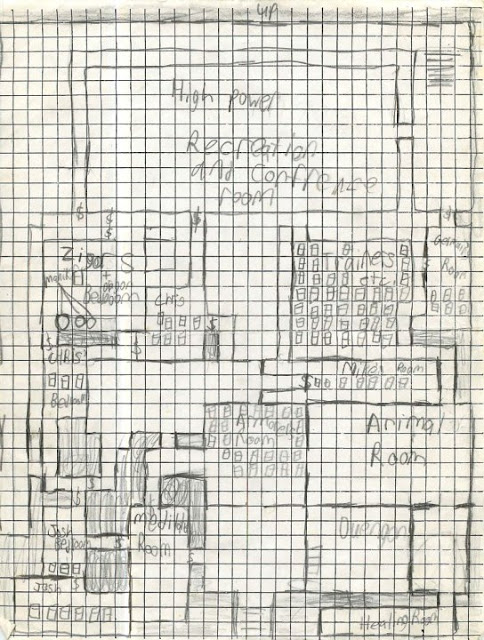 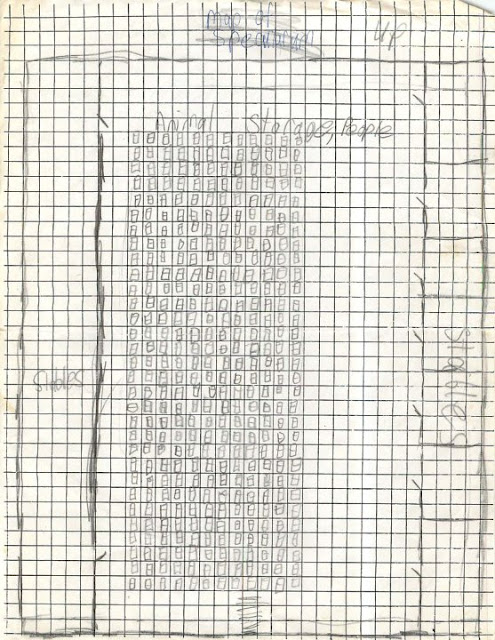 (and in the castle, all the servants slept in a giant room…what did they need privacy for?) 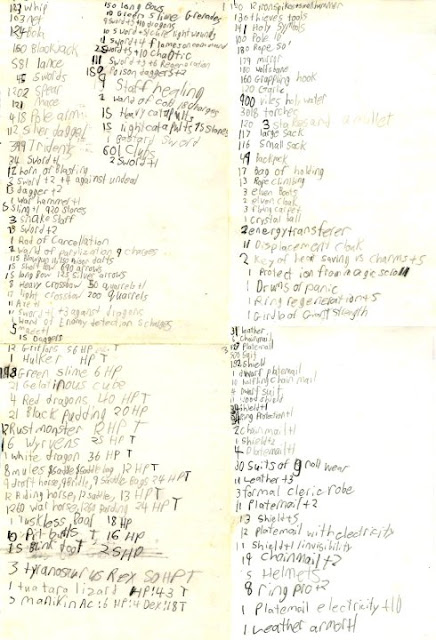 The contents of the castle storerooms and the many exotic trained animals including 3 T-Rex and a dragon.  Training a dragon?  No problem! 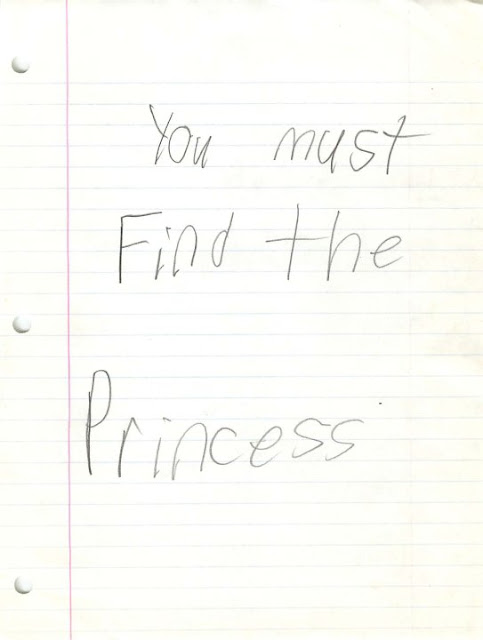 My best recollection is that I was a dungeon master sometime around 1987 and I wanted to make clear the objective of a quest I was running, so I wrote it in big letters on a sheet of paper.  This piece of paper is now used to inspire Agent Bishop to remember to find his princess.
Now, a couple of samples of Zigor art and character sheets.  I have a ton more, but this is probably more than you need to see already… 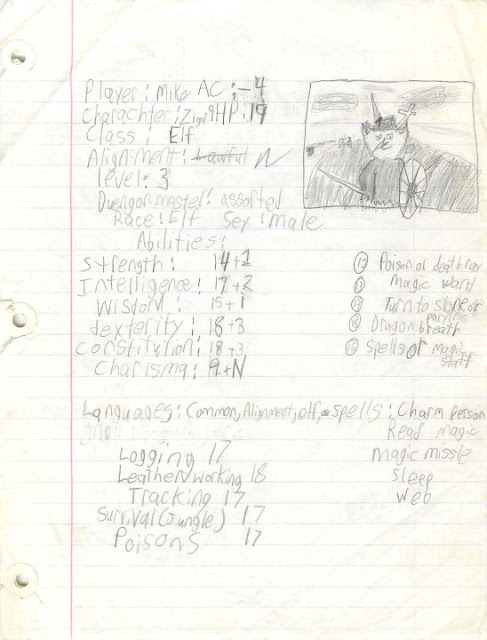 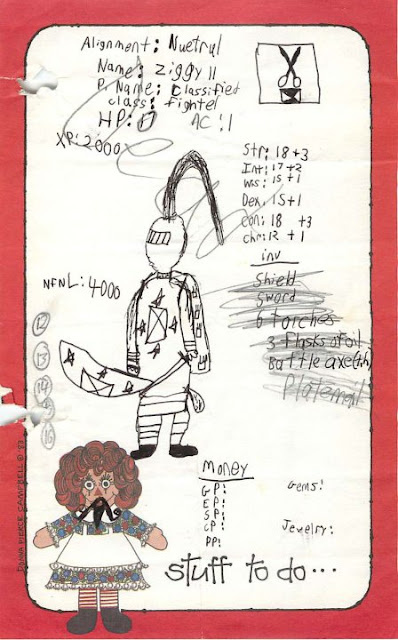 I “invented” this weapon.  It is suspiciously identical to, um, Spiderman’s web shooters, but, please don’t tell anyone on me. 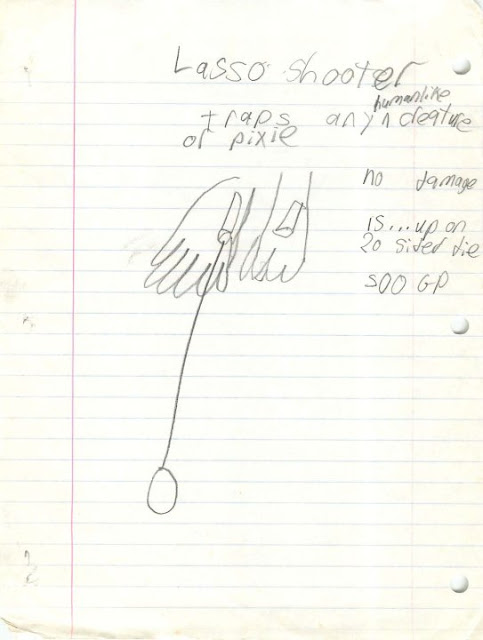 Here’s a character from some other game, I can’t recall which game, but you may notice a slight resemblance to The Punisher.  Kind of like my lasso shooter, I apparently liked to rip off comic books in my role-playing adventures. 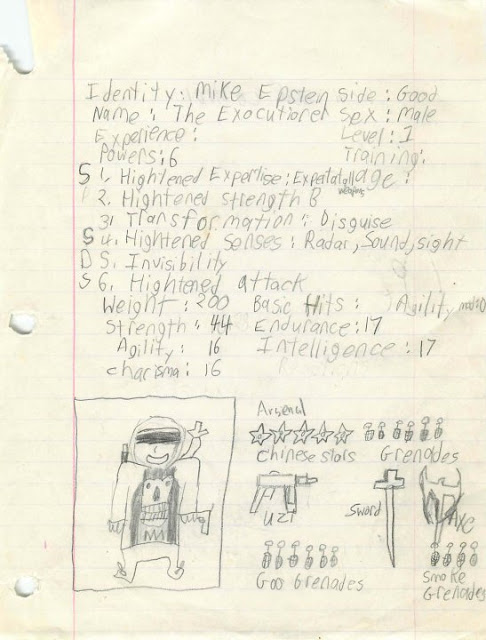