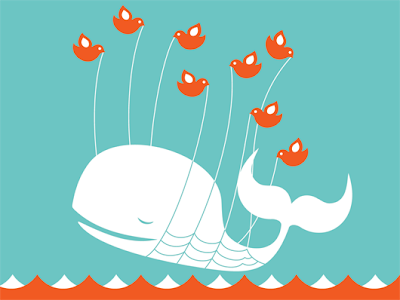 Admittedly, this was inspired by The Lights Out‘s Adam Ritchie including one of my tweets on his Boston Band Crush Top 10 Tweets of 2010.

I am not a super-duper Twitter user, but I have been ramping up my tweeting a bit.  Please feel free to follow me ( http://twitter.com/michaeljepstein ) and/or read my favorite of my tweets in 2010. Here are my 39 favorites in no particular order… (except that #1 is my favorite).  Also, keep an eye out for more of our 2010 recap posts coming soon!


1. Am I the only one that really wishes that “dancing with the stars” meant the same thing as “sleeping with the fishes?”

2. “The lesson I have learned is to never slaughter a chicken in front of a monkey.” – Li Chun

3. Sorry everyone, I just can’t live this lie any longer, I am going to go get some coffee. I might get a muffin too. I hope you’ll forgive me.

4. Making scientific breakthrough proving time distortion occurs at speeds as low as 30 MPH if & only if on a bus with uncomfortable seats.

5. I am waiting for the TV show that uses zombies as a metaphor for people who obsessively watch TV shows about zombies.

7. Special @UPS to English Phrasebook: “3 attempts” = “2 attempts” & “package is out today for delivery” = “we returned that to the sender.”

8. @WFNX hope you were paid well for that appalling ad trying to subversively get us to forgive @BP_America because they have local franchises

9. Thank God miners made it; was worried we might have to re-evaluate insane practices. Carry on as usual just like wonderful deep-sea drilling

10. Okay, I get it, the miners are getting out, now can we get back to some real news before we lose Kim Kardashian’s trail??!?!?!?

11. Entire day spent building set (many other days spent gathering props) for shot that lasts 41 frames. Dedication to your craft or stupidity?

13. Who’s got two thumbs and is about to visit the world’s largest horseshoe crab? This guy. Also, the rest of @NeutralUkeHotel.

14. Should I be concerned that right before I started copying some Iron Maiden onto my phone, I checked and noticed it had 6.66 GB free?

15. I really wish the MBTA would stop relying on my eyes, my ears, and my information. It’s a lot of pressure.

17. If the Celtics win the World Cup, or whatever it is, is it appropriate to go overturn stonehenge? I am not familiar with celebratory customs

18. Pardon my lack of technical knowledge; on Foursquare, is there a way for my fist to become mayor of Foursquare creator’s face? I’d like that

23. Was going to order this, but menu says it “favours production of breast milk and eye problems” http://twitpic.com/1gf9qf

25. Got e-mail from @SXSW w/greeting “Hi [name,fallback=there].” I like that. I wish it referenced a line number or database call though. #SXSW

26. I’ve done my best to ignore this for months now, but wearing a t-shirt does not preclude one from also wearing a short skirt or vice versa.

28. I love that part where David Bowie sings that “she had an aura of prunes”

29. Dreamt I presented to Acoustical Society about sparse spectrum of a Joy Division song matching otoacoustic emissions, but I had no real data

30. Do you realize how bad our education system is here in the U.S.?? Almost 50% of people educated here are below average!

31. Allergy nurse offered to write a note to my wife telling her that I am really not allowed to clean. Apparently, they often have to do this.

33. Any artificial harmonics for sale? They all got used up in the late ’80s/early ’90s. I’ve got a solo before the modulation that needs a few.

34. I am fairly sure that my favorite headline of all time is “Man with nothing to declare had 55 tortoises in his pants.”

35. Android should refer to “male” based on etymology. Anthroid, both? Females, Gynoid? Androgynoid, ambiguous humanoids? Yes, this bothers me.

36. Just had the realization that “politics” comes from the Latin for many blood-sucking arachnids. How did I never notice that before?

37. Election’s over, let’s forget party affiliations and unite now against the common enemy: Creed is getting back together.

38. I can’t decide who to punch in the face first…the guy in Owl City or his vocoder.

39. “Hey Kirby initiative and alright.” is proof that Google Voice voicemail transcription is, uh, not that great.