A few days before we all arrived at the TEN mansion for an intense eight days of principal photography, +Michael J. Epstein and +Sophia Cacciola sent us some house rules to make the whole process as smooth as possible. Among them was a gentle reminder that we were all expected to put in full energy and that there would be no party atmosphere. But it was only a few days until alcohol started slipping into the orders we gave to +Catherine Capozzi, crew member and errand-runner extraordinaire (who now knows every Starbucks barista and Shaws and liquor store employee in Barrington). While we did manage to keep partying to a minimum – we were all exhausted anyway – late-night end-of-shoot hot toddies became a fast tradition. (By late night, I really mean early morning, or whenever we finished shooting. 4 AM? 8 AM? Depends on the day, but we really saw all parts of the day and night.) Here’s +Jade Sylvan‘s recipe for hot toddies, dubbed “tough toddies” because their character is, well, tough. 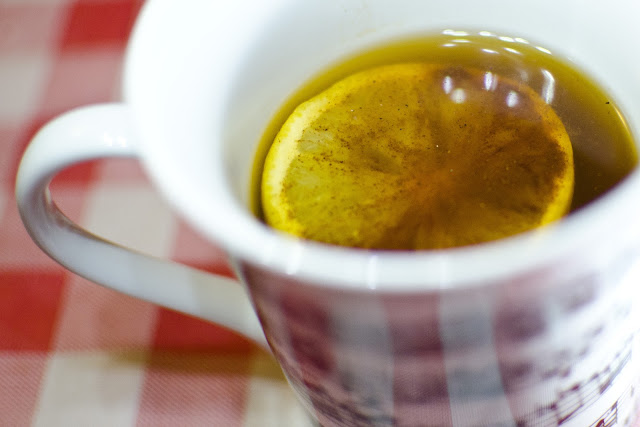 *Don’t use too much cinnamon if preparing the toddy for Sophia Cacciola. “A true toddy does not contain any bourgeois cinnamon,” says Sophia. “Especially not a Jade Sylvan fistful. I’m still wary of a toddy that does not contain cloves…but, I guess I’ll allow it.”