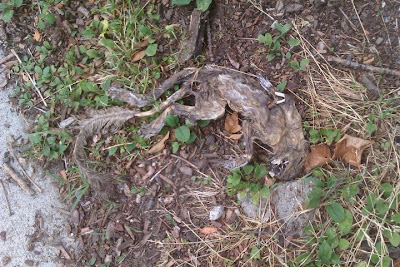 I am careful about selecting the few causes that I get behind and get vocal about, but I can’t stay quiet about this one any longer! Several months ago, there was a dead squirrel on the sidewalk near my house. (Sophia may have stepped on it even I think.) I expected that the squirrel corpse would be removed within a day or two. Instead of removal, however, our friendly squirrel body found its way to patch of grass on the sidewalk next to a shady tree. 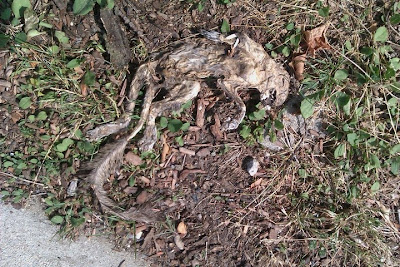 Over the next few months, the magic really began to happen. The squirrel’s flesh and blood melted away leaving only its bones and hide. I am not familiar with the technical requirements for mummification, but I would call the resulting baking in the sun and resting in the shade, a mummification.  The squirrel has now taken on this patch of land as its resting place and much like King Tut, I believe that there is a terrible, ancient curse associated with disruption of its body. 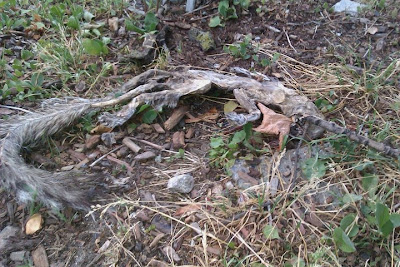 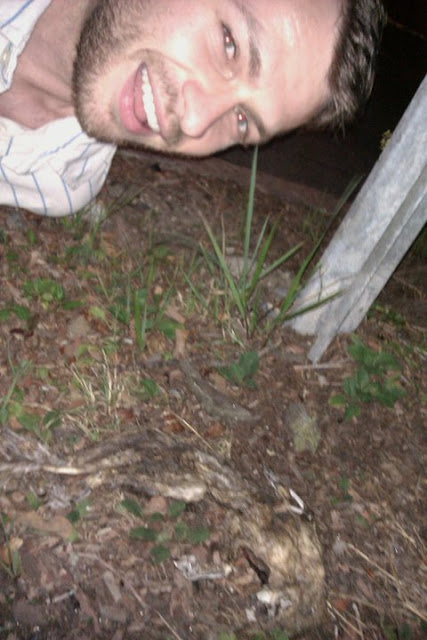