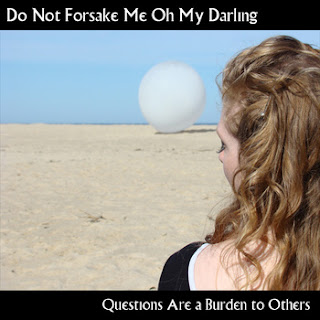 As you likely are already aware, our band Do Not Forsake Me Oh My Darling performs original music inspired by The Prisoner. Each song pays tribute to a particular episode of the show. We made this crazy music video recreation of the opening of the show.

(Spotify: Do Not Forsake Me Oh My Darling (ALL))

You might have thought we were clever folk and the only people to ever want to create music inspired by the show, but you would be incorrect! It turns out there is a lot of great music inspired by or related in some way to The Prisoner. (Someday soon, we’ll soon post a summary of all of the music videos paying tribute to the show too.)

First, here’s a Spotify playlist showcasing some of the music inspired by The Prisoner! I started with the show’s title music and ended with the final episode’s closing piece, “All You Need is Love” by The Beatles (well, the real Beatles were not on Spotify, so we’ll all settle for this cover for the time being).

In the middle are songs about being imprisoned in the Village, songs about helping Patrick McGoohan escape the Village, and looser connections such as songs with music videos, band names, or album titles/artwork paying homage to the Prisoner. Some great music, some weirder music, some music I don’t love so much here, but it all comes from the source… 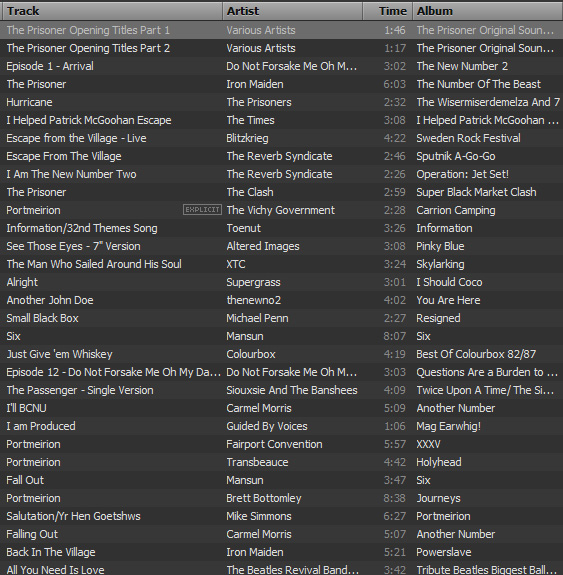