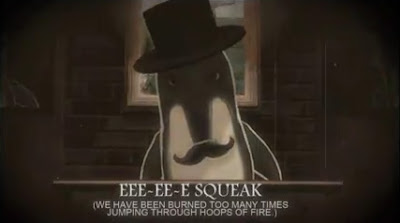 We’ve already warned you that the dolphins are rising up against humanity! The remaining 3 parts in our shocking series about the connection between the Mayan-prophecized end of humanity in 2012 and the impending dolphin attack will be revealed soon. In the meantime, we have some tremendously exciting news!

World-renowned documentary filmmaker Dan St. Germain has tirelessly tracked The Michael J. Epstein Memorial Library‘s battle against the second front of dolphin attack – outer space. As the dolphin takeover in 2012 will probably be impossible to stop before the end of the year, this documentary film is coming soon! Here’s a teaser for it (as premiered by the Boston Phoenix)!