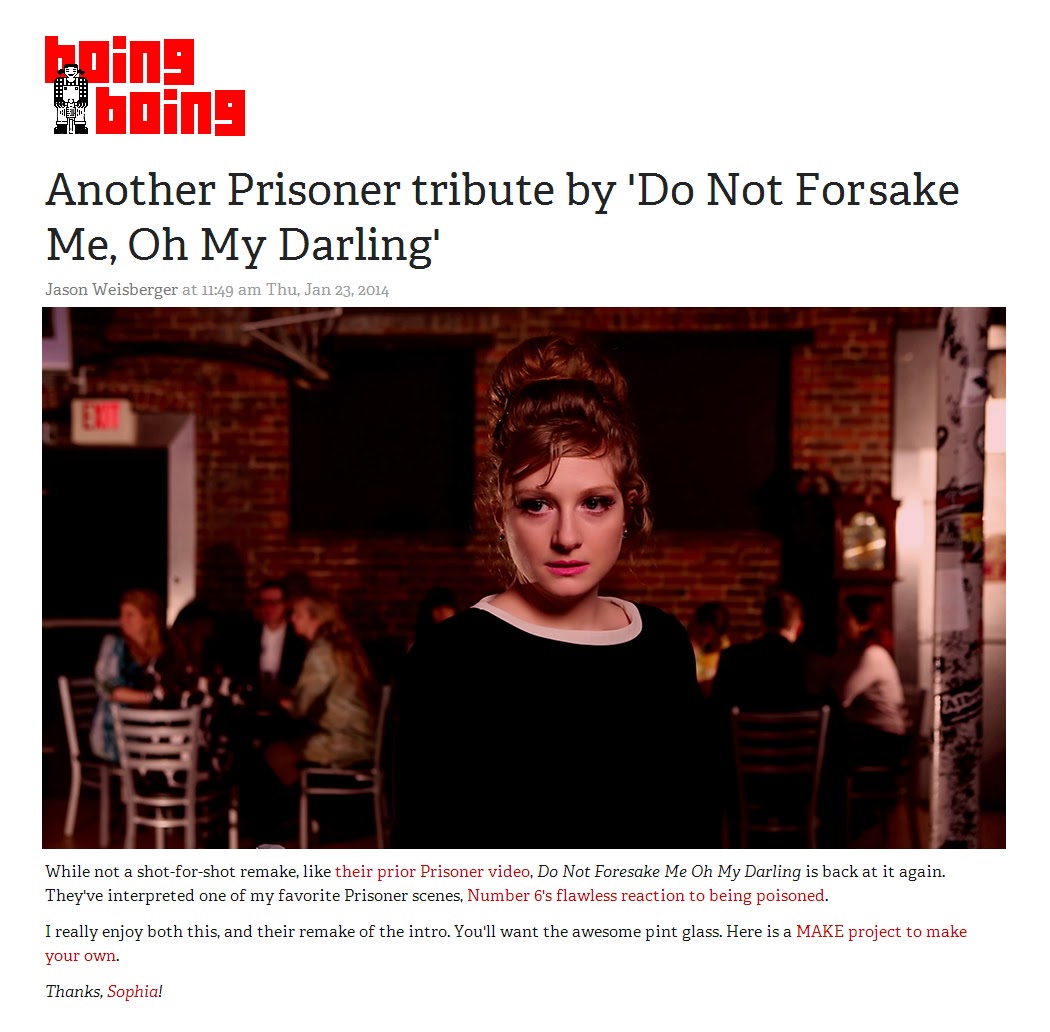 Debuting over at BoingBoing today is our brand-new music video for “Episode 15: The Girl Who Was Death.” It’s the second The Prisoner recreation we’ve done (“Episode 1: Arrival” was a  nearly-identical recreation of the opening sequence) – this time we took on the iconic “You Have Just Been Poisoned” scene from “Episode 15: The Girl Who Was Death” The accompanying song is perhaps also the most overtly referencing of The Prisoner of any of our other Prisoner-inspired numbers.

The video is also a sequel to our music video for “Episode 10: Living in Harmony” – at the end of that video, Number 2 picks up my calling card, a replica of the Lotus 7 driven by Number 6. Our video for “The Girl Who Was Death” opens with Number 2 calling Sonia/Death to tell her to take care of the problem of the unmutual Number 6.