We managed to make a whole movie, Magnetic. We traveled with TEN at festivals and got distribution for it (will be out in April), and record some songs. We still produced a lot, but we also feel like we lost a lot of time this year. Having spent the previous few years in near constant pain from a herniated disc, Sophia finally had to have surgery for it when it got so bad that she couldn’t walk or leave the house for 3 months. Happily, this is all behind her and she’s working on keeping her back happy and strong.

Looking forward to 2015, we are excited to premiere Magnetic, for TEN to come out on VOD/DVD, and to start working on our next film.

In fun, non creative news, we also made it through our first year of having solar panels and managed to produce enough to more than cover the year of costs! As science/data fans, we present you our year of solar.

We had a busy year taking TEN to festivals: Brooklyn Girl and Boston Underground,  Fright Night (KY), Terror Con (RI – Porcelain Dalya won Best Actress in a Feature), Scare-A-Con (NY, nominated for Best Cinematography),  Imaginarium (KY -we won runner-up awards in three categories at Imaginarium: Best Director, Best Genre Film, and Best Screenplay), Sanford International (ME),
New Orleans Comix Expo, Fright Night Horror Weekend (KY). We attended all but the last two of these festivals and had a great time meeting other filmmakers, seeing independent films, and spreading TEN around! We just signed a distribution deal for TEN with BrinkVision and TEN has a release date! You’ll be able to see it on most platforms on April 21st!

Some great press for TEN:

Fangoria, Curve, All Things Horror. And Lloyd Kaufman was hunted down in Australia!

Magnetic was our biggest creative project of 2014. It’s a feature-length sci-fi film. It took us about nine months to film (about 15 days of actual shooting), and it’s just about finished! It has already been submitted to film festivals and we’re waiting to see where we will premiere (probably early Spring). We’re very excited about this film and can’t wait to share it!

On December 31st, at 11:58 PM UTC, Earth will have its atmosphere ripped away by a powerful coronal mass ejection. Everything we know will become nothing. Maybe it already has.

After failing in NYC, Alice grabs her mixtapes, returns to her desolate, rural hometown, and finds a job calling people to inform them that their children have died. It strikes her as a little unusual that the office is hundreds of feet underground in a former bunker under a sheep farm, but ennui has drained all of emotional response.

She has the sense that she’s being watched. Something about the cassette with the PLAY ME label isn’t quite right.

She could never imagine how essential she is to the preservation of life on Earth.
Production blog, Kickstarter reward lipsyncs

Here is a very early teaser we made after only 4 days of shooting:

We started the year off with the premiere of Do Not Forsake Me Oh My Darling’s “Episode 15 – The Girl Who Was Death”: by Boing Boing.

We also released an https://mjeml.michaeljepstein.com/ video for, “I’m the one who’s dead…”

We also made some music videos for others this year.
“Knutsford” by Impulse Powers “If I Turn Into a Black Rose” by Anda Volley
and Sophia got to play in NSA agent in this video from Earth Heart!

WORK ON OTHER FILMS

We also got opportunities to work on some friends’ films. Michael spent a chunk of the Summer and Fall doing some camera and sound work on The Ungovernable Force.

And continuuing into January, we’ve been doing sound on It’s Not Funny Anymore, Mark Phinney’s follow-up to FAT. It’s about the darker side of comedy. 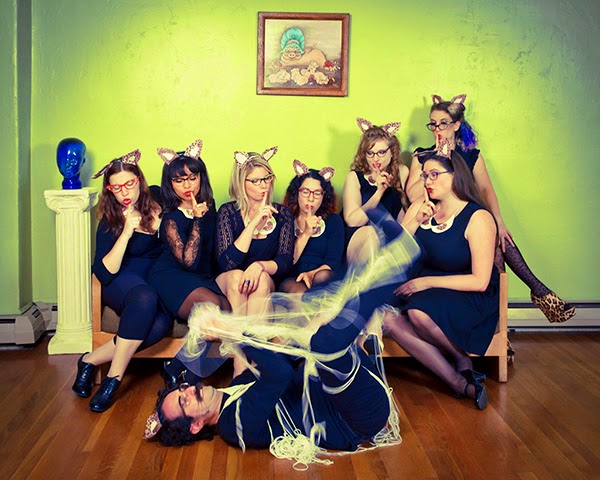 https://mjeml.michaeljepstein.com/ participated in the 48 Hr Film Festival for the third time this year film) – about a dystopian singing game show. It’s probably our best one yet. Soundtrack.

https://mjeml.michaeljepstein.com/ also continued to do the Encyclopedia Show (which is coming back for Season 3 in September after taking a short break). One of our Encyclopedia Show songs (“Secret Animals” – from the show about the Zodiac) ended up on the Keep Safe Boston Benefit Compilation and our ES song about Serial Killers called I’m the One Who’s Dead was included in a theatre production (INTERFERENCE) as a music video.

We played a couple of notable shows, including the annual Steve Katsos Show fundraiser for the Jimmy Fund, the Boston Book Festival (the Herald interviewed us about our favorite books), and Halloween at Aeronaut.

We also wrote songs for each of the TEDxSomerville speakers again this year! 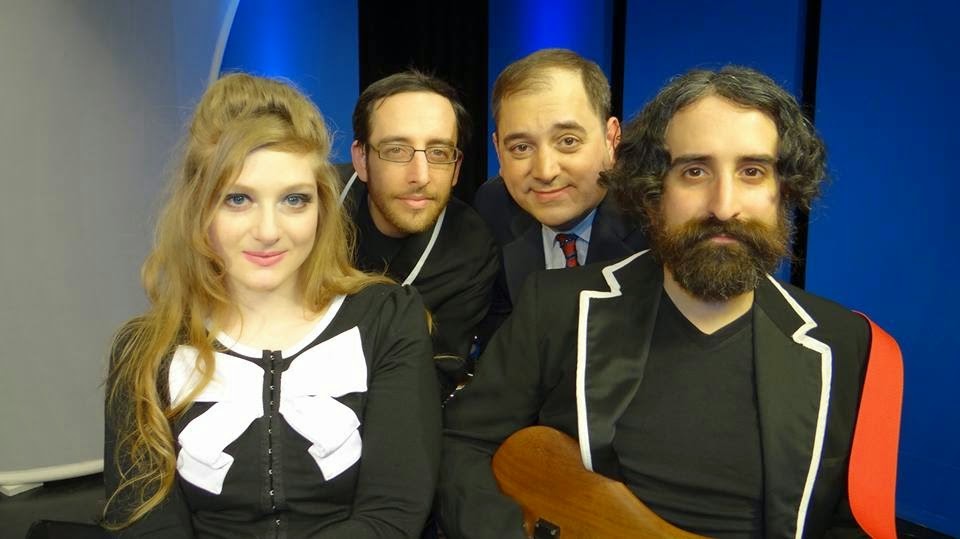 Do Not Forsake Me Oh My Darling had a relatively quiet year. We played on the Steve Katsos show in March and only played one rock show, supporting Endation’s CD Release.

Our music video for The Girl Who Was Death officially came out in January on BoingBoing. That video made the Worcester Telegrams Best videos of 2014 list (along with our video for Anda Volley!)

We recorded a very old song that was included in the Keep Safe Benefit compilation called, “Making Friends”. And we got to cover one of our favorite local artists, Hallelujah the Hills for the Boston does Boston benefit compilation. Our cover was on the Herald’s Guestlisted list of 214 top songs of 2014 at #73! 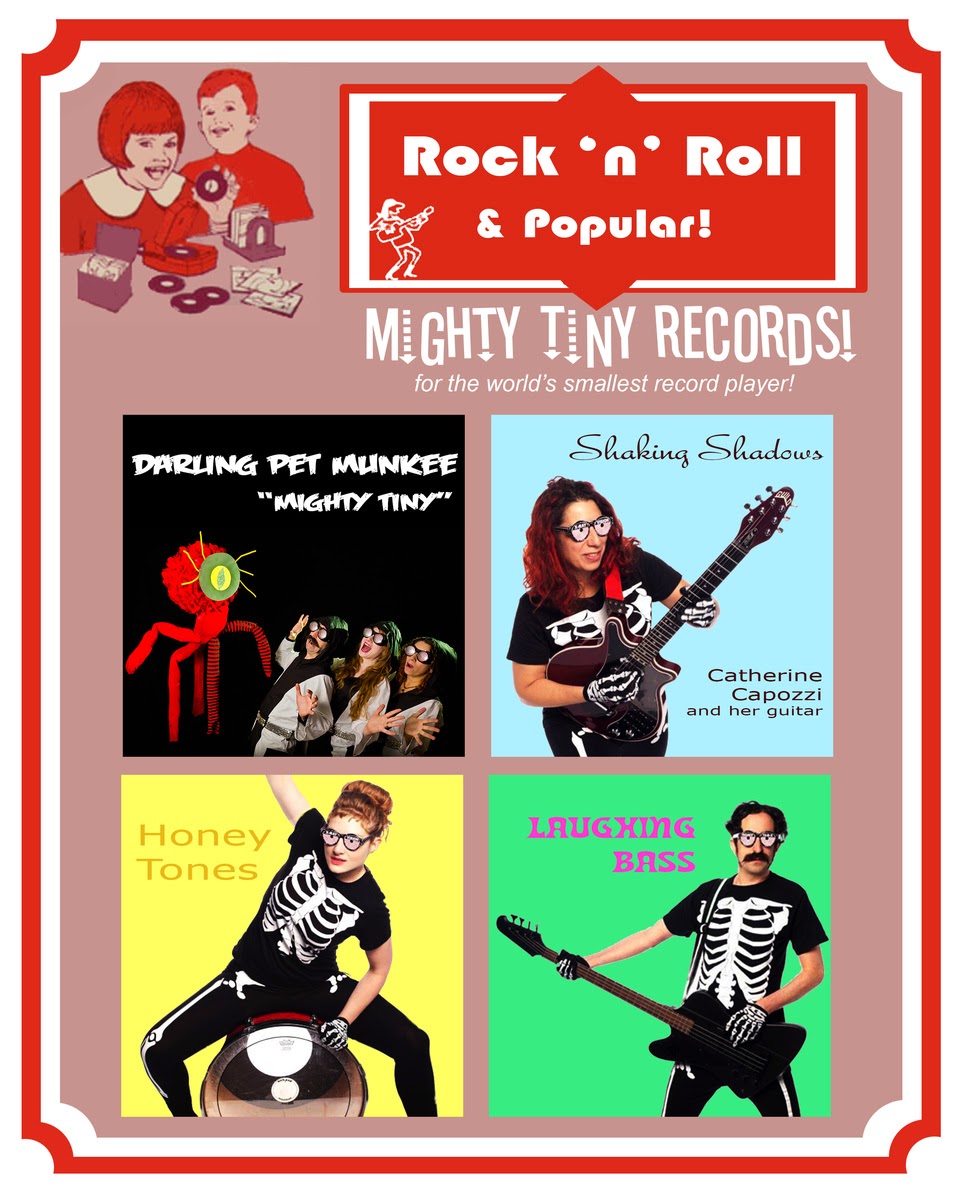 And we contributed a new song about the Mighty Tiny Record Player to the Bubbles in the Think Tank’s annual 7″ to celebrate Record Store Day.

Space Balloons got to play on WERS once again!

Sophia joined a new band this year playing bass called Drab! They played a bunch of cool shows this year and released an EP! The Unicorn EP – we made a year-end top-5 list on All Access!

EVEN MORE ADVENTURES!
We were interviewed about our creative lives (birth to present) for the Color of Air podcast.
We contributed vocals to an Andy Santospago song! 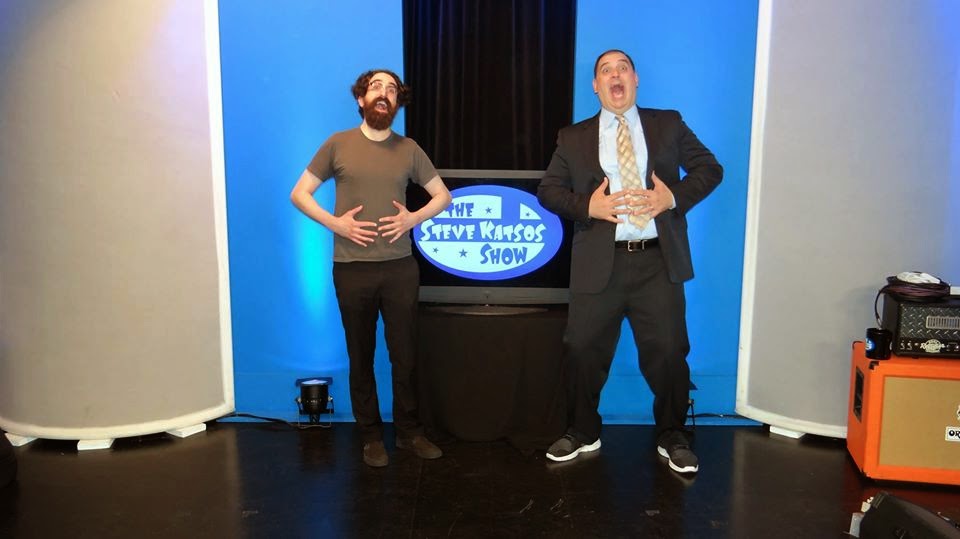 We continuued to volunteer on the Steve Katsos Show and Sophia took over as Music Producer this year.

Fat did very well at festivals (Sophia had a small role).

We participated in Interference, a dynamic theatre experience directed by Steven Bogart and produced by Liars and Believers.

Uncut, a reality filmmaking pilot that we competed on in 2013 became available. 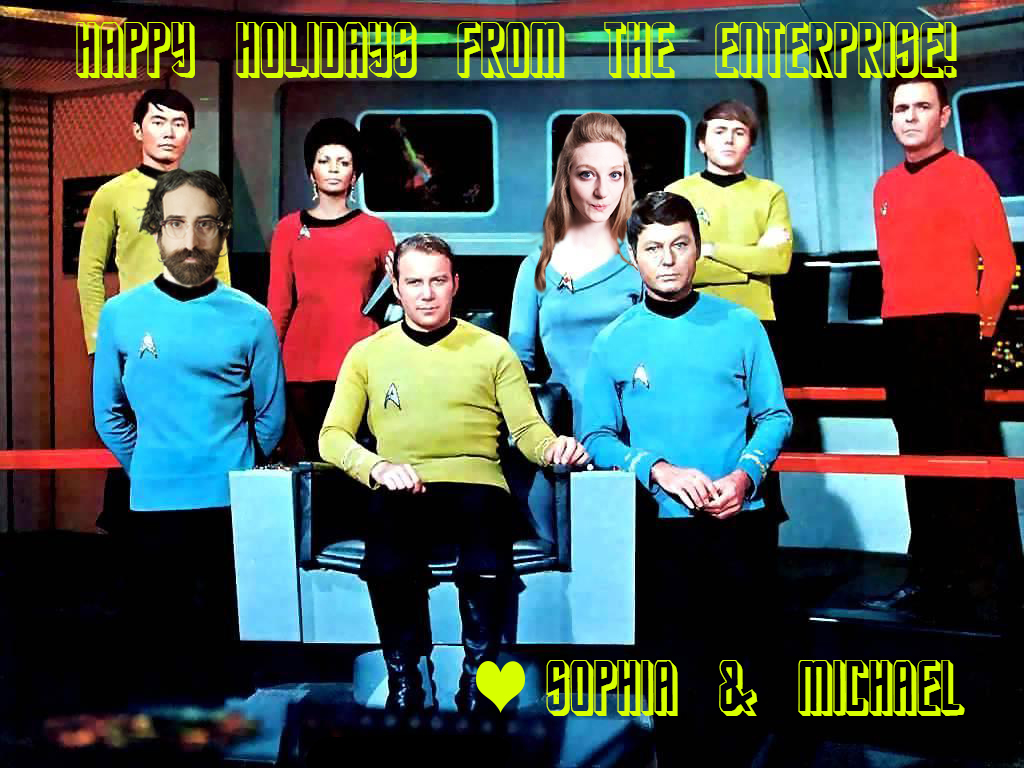