Bring Us Your Women, an homage to historical, holy, and mythological women will present a live program of music, dance, and film premieres at ART’s Oberon Theater on Friday, February 27 with an international cast and crew of musicians, filmmakers, visual artists, dancers, and poets. Bring Us Your Women looks to share the untold, recontextualized, or reimagined stories of iconic women who have often been overlooked or defined only by their role in the context of men. By giving these women a voice, the project hopes to shed light on their importance in history, religion, and myth, and to empower women to recognize their essential role in shaping our modern world. 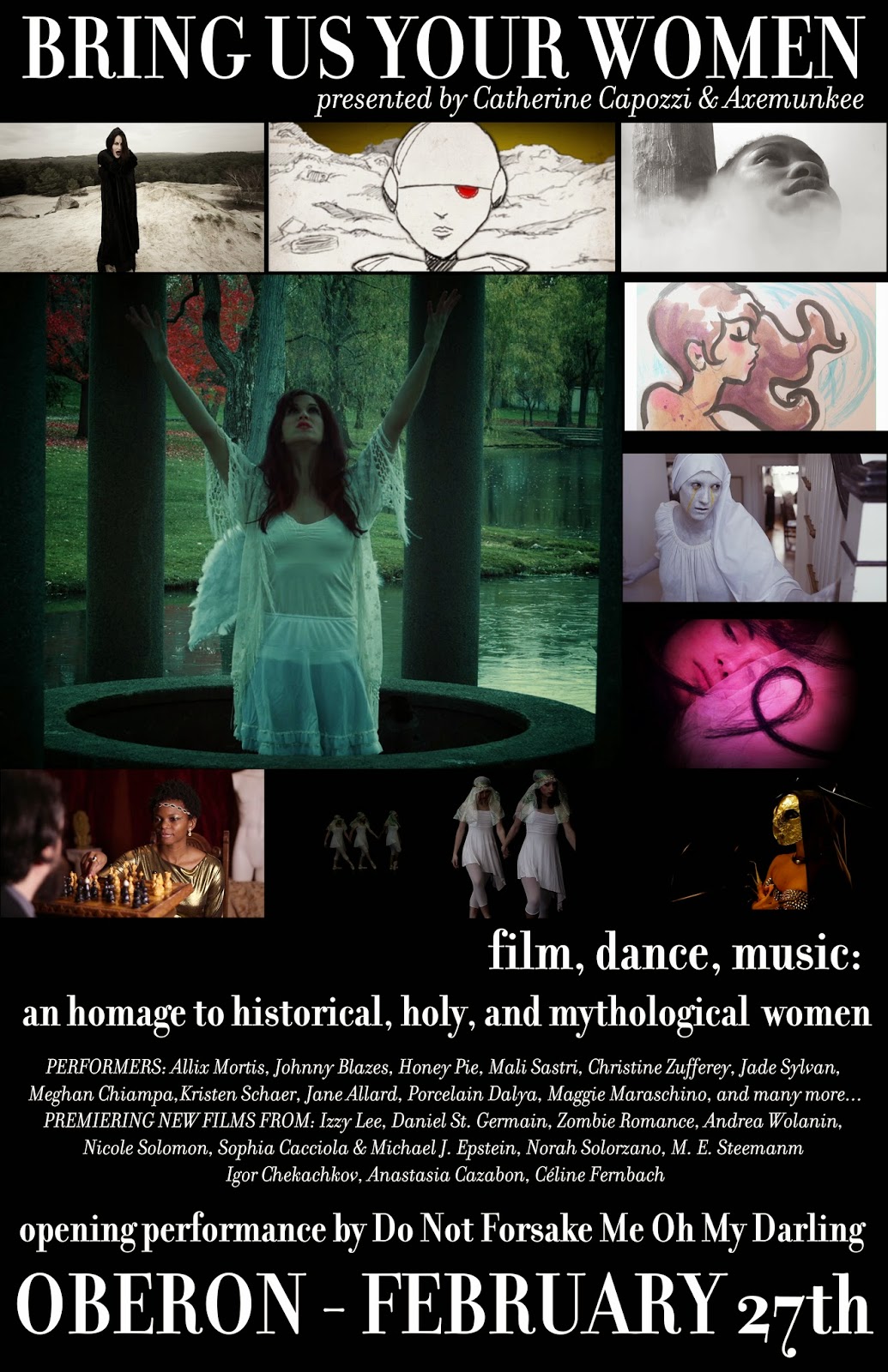 Bring Us Your Women is the brainchild of guitarist-composer Catherine Capozzi, best known as the force behind the rock instrumental ensemble Axemunkee. Capozzi says, “I want to tell the untold stories of iconic

historical, holy, and mythical women, with a focus on their strengths, sensuality, and wisdom. The essence of this work expresses the power of three – unity, tolerance, and hope.”

The icons represented in the show via song, dance, and film include: Joan of Arc, the Queen of Sheba, the Virgin Mary, Mary Magdalene, Sirens, Arya Tara, Kālī, Delilah, Eve, Ishtar, and Isis. Each icon will be presented via a performance that includes a song by the live rock ensemble, a dance, and a film, each created specifically for the project. The show also serves as a release show for a complete studio recording of the song set (produced by Rafi Sofer) and a DVD of the film anthology.

The film anthology, produced by Capozzi with Sophia Cacciola and Michael J. Epstein, brings together an international group of twelve filmmakers from the US, France, Ukraine, and Netherlands including:

Teaser for the film portion: