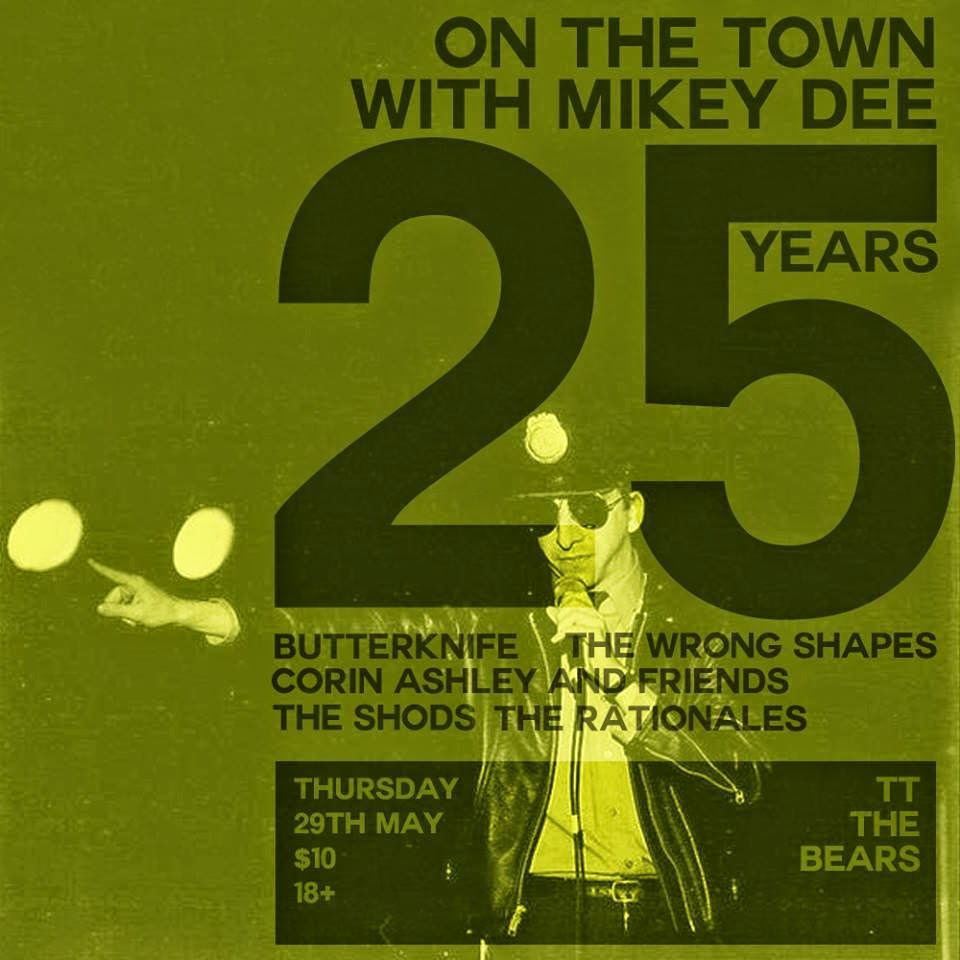 On the Town with Mikey Dee (the local music show in WMFO – Michael and Sophia proudly DJ on this program, in addition to the wonderful rotating core of: JoEllen Saunders Yannis, Pammeke van der Feest, Phil Fleming, Andrew Wilson, and Shilo McDonald ) had a party and to celebrate 25 years of broadcasting on WMFO, 91.5FM at TT The Bear’s in Cambridge on Thursday, May 29th.

Butterknife
Corin Ashley/The Pills
The Wrong Shapes
The Rationales
The Shods
In honor of the anniversary, OTT has put together a 2-disc compilation of some of the most memorable performances that have happened live on the show over the years, including a track from The Michael J. Epstein Memorial Library (from our early days!):
Joel Simches, sound engineer and programmer for On The Town with Mikey Dee, organized the show to mark the quarter century. “We wanted a big party at TT’s to celebrate the show and support local rock. This program is all about the love of the music, and the love of the Dee.” Available on the 29th will be a double CD of live songs, recorded on On The Town, proceeds to benefit WMFO. Between sets the On The Town with Mikey Dee DJs will be spinning their favorite local tunes.

History of the show: 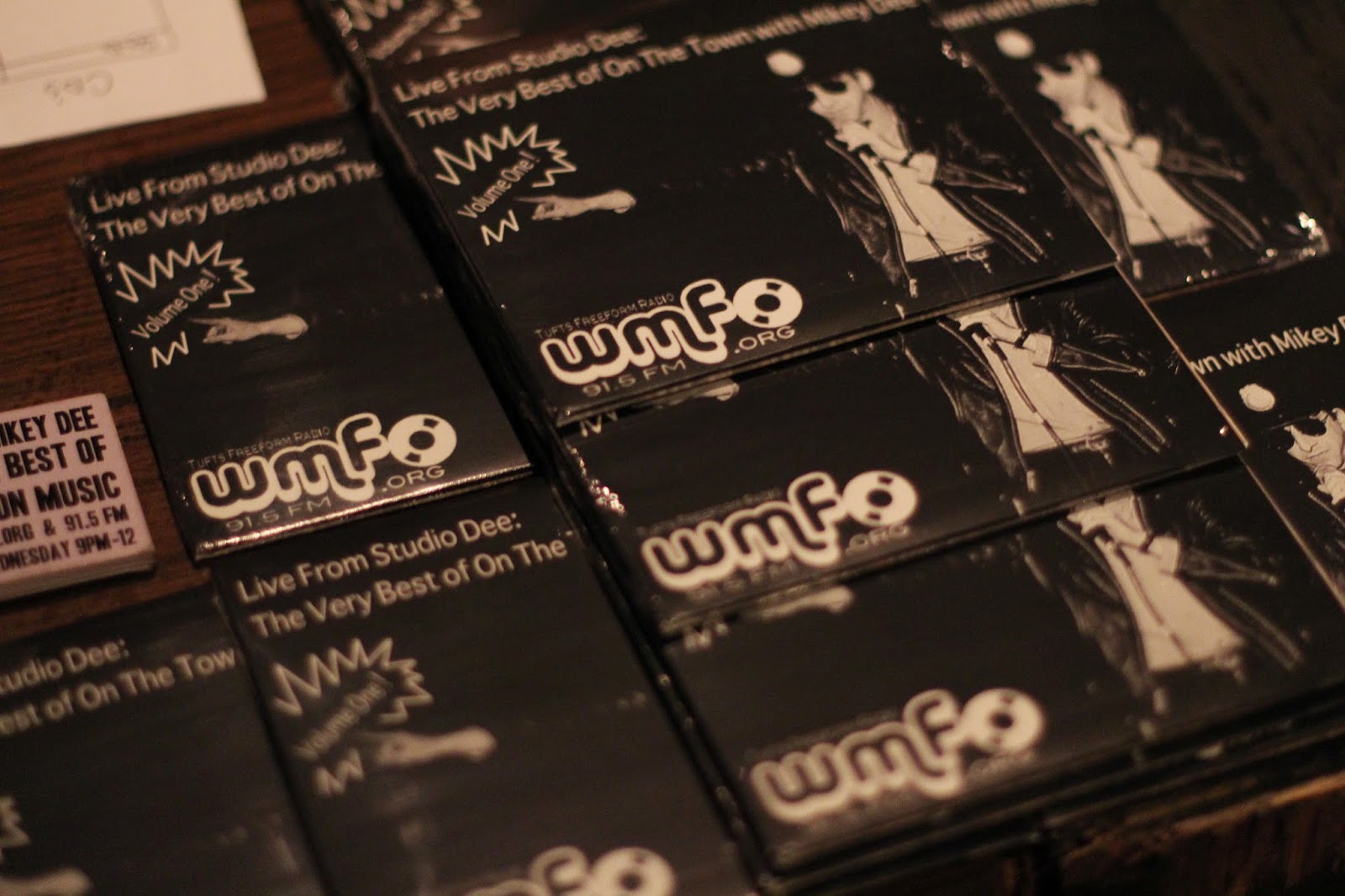 In 1989, Mikey Dee started a local radio show on Wednesdays, and it grew to be become his weekly showcase of local rock that included a live band set, an interview, plus frequent visits from friends and artists across all genres. Mikey was the ultimate music fan; often at multiple shows on any given night, and right up front singing along. He was a fixture in the clubs and a walking encyclopedia of anything Boston rock-related.

When Mikey Dee became incapacitated after an unexpected complication during a routine surgery in 2000, fellow WMFO DJ Drugless Douglas organized a bunch of friends to keep his seat warm, and the show going, until his return. Mikey passed away in 2003, and Drugless Douglas passed the torch to Mikey’s sound engineer, Joel Simches. Joel liked the idea of several DJs bringing their own flavor of the Boston scene to the show, and eleven years later, that scheme continues.

PHOTOS from the show:
Created with Admarket’s flickrSLiDR.