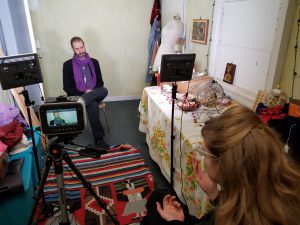 We absolutely love bonus material packaged with film releases. We learned everything we know about film from directors’ commentaries, behind-the-scenes docs, and cast/crew interviews. So, when we realized we were going to be putting out Blood of the Tribades on blu-ray, we decided that we had better take advantage of a limited window of access to cast and crew on a brief visit to the east coast at the start of 2017. (And thanks to some huge help from Wiley for letting us film in his store, High Energy Vintage!)


We gathered up all of the available and willing people involved with the film, and tried to get their perspectives on the production and their responses to the themes and messages of the film, about a year and a half after production wrapped. We weren’t quite sure what to expect. We sort of thought that maybe the doc would end up being the two of us (Sophia and I) mainly guiding the doc and talking about the film with interjections here and there from everyone else. Much to our delight, everyone not only had a lot to say about the production, but got very enthusiastic when examining the themes and subtext of the film. The cast were so engaging about how their roles fit into the bigger thematic story that we ended up being able to minimize our presence in the film, and to allow our brilliant collaborators to say just about everything we intended to say and a whole lot of great stuff we had never thought of. In fact, we loved the material from our 25+ hours of interviews so much that we struggled to get the doc under 2 hours. So, we’ve got a 111-minute doc about a 78-minute film. Fine by us! We hope you enjoy The Blood is the Life!

Available as a bonus feature on the blu-ray or a la carte on Vimeo (for sale) and Amazon (free streaming on Amazon Prime).

The Blood is the Life: a documentary about the making of Blood of the Tribades from Launch Over – Cacciola / Epstein on Vimeo.

For fun, here are some behind-the-scenes shots documenting the making of the documenting… 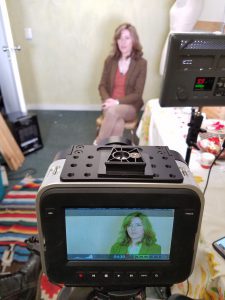 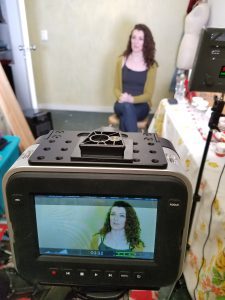 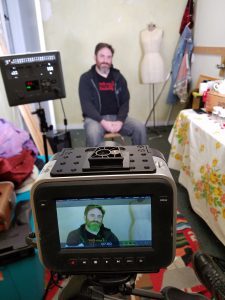 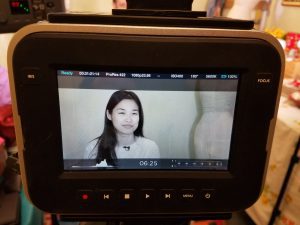 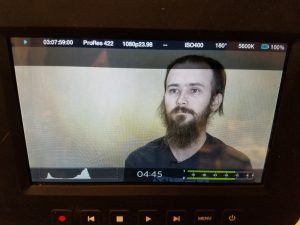 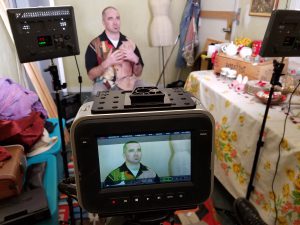 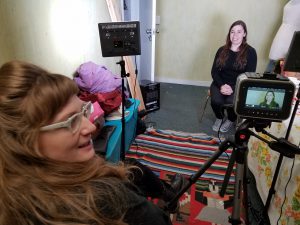 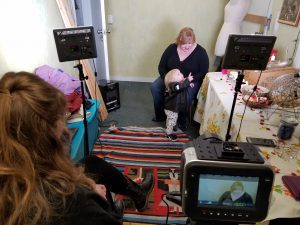 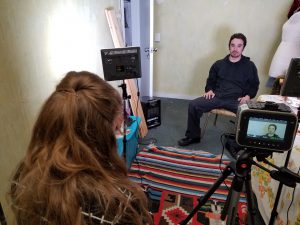 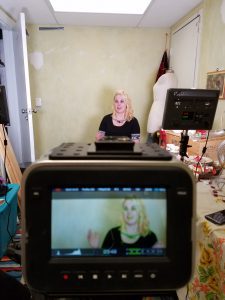 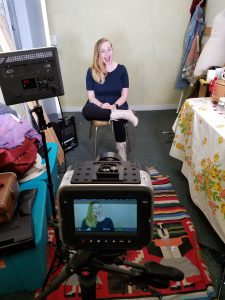 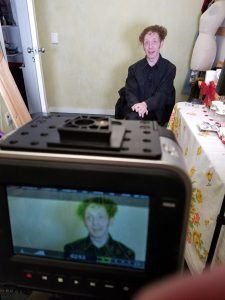