Sophia mostly (with a few additions from Mike) says: We woke up early to go visit the 62′ Touchdown Jesus statue in Cincinnati – Mike visited it on a The Motion Sick tour a few years back and got his picture taken in front of it (photo from 2006 on left).

Since then it was struck by lightning and burned down to it’s metal frame and has been dubbed Terminator Jesus (either by Matthew Girard or Shawn Fogel during the Neutral Uke Hotel tour when news of its demise reached us). 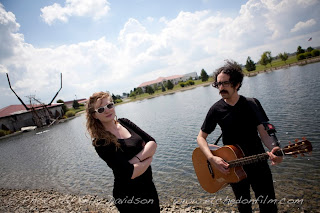 The church is planning to rebuild it bigger and better – so it was exciting to catch it at this stage – hopefully we’ll find ourselves in Cincinnati again when it’s rebuilt so we can have a nice set of before, during and after the great Jesus disaster. We pulled right up to it and taped a couple of acoustic numbers in front of it.

We also went to a nearby field, which is just outside of a prison and recorded an acoustic number there…not before being questioned by the prison security, who were very nice and let us do our thing. 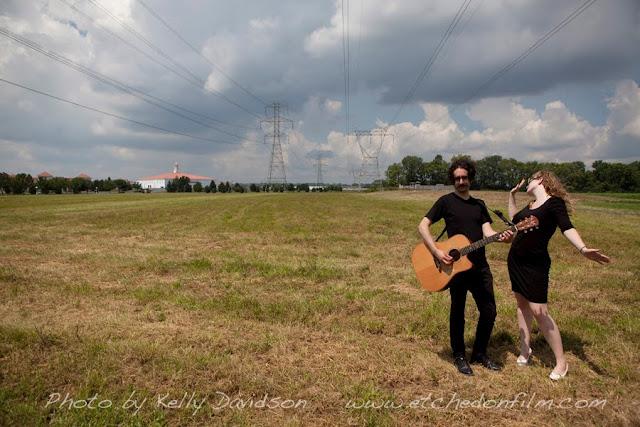 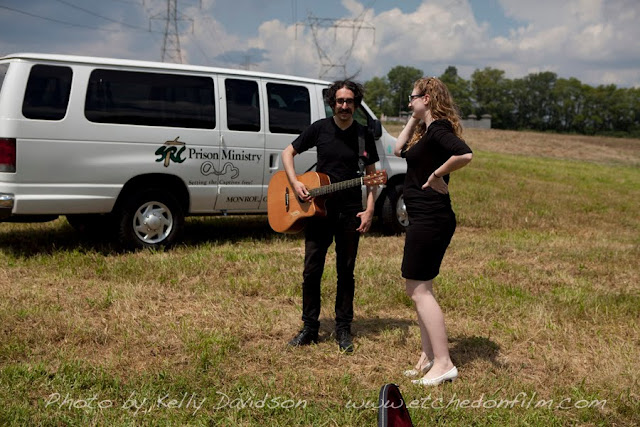 Some videos of all this nonsense for your viewing enjoyment:

Behind the scenes at Terminator Jesus – http://www.youtube.com/watch?v=811OmGUq_U4

Then hit the highway for the four hour trip to Cleveland. On the way we were forced to stop for food at a chain I like to call, “Corporate Taco” for some sustenance. Once in Cleveland we ran around a really fun toy store called Big Fun – that has all the ridiculous $1 toys from my ’80s childhood as well as Trolls and My Little Ponies and Elvis paraphernalia.  They had a real photo booth – which we could not resist!

We were bad at it:

We made it next door to a kitchen/sandwich place called Tommy’s that had some vegan things – Mike and I both got the Tempeh Reuben, which was pretty tasty. Kelly saw some suspicious dealings happen at a record store that had bootleg porn and Mike and I got coffees at a place called Phoenix Cafe – they had compostable cups which was nice to see. Onward to the venue, Pat’s in the Flats – from the sign on the wall I could see that 5 years ago they celebrated their 60th anniversary – they also had a newspaper hanging on the wall about the Germans being defeated – so this paired with their 1945 opening made me think that the newspaper has been hanging there for 65 years. We performed live outside in the industrial setting surrounding the club. 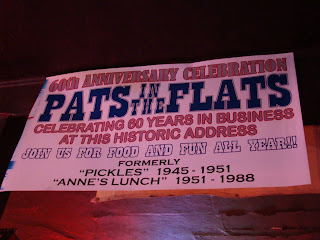 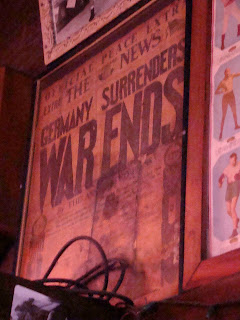 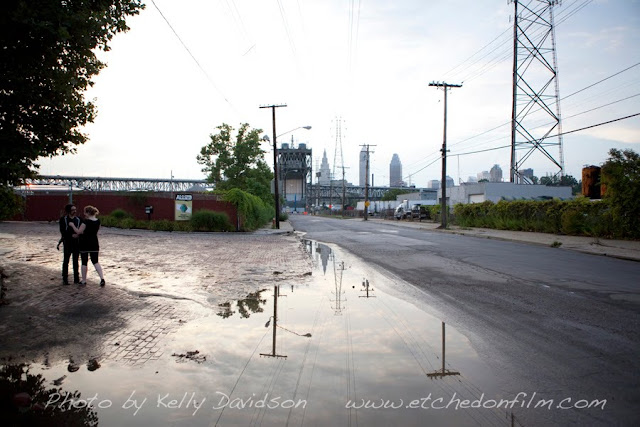 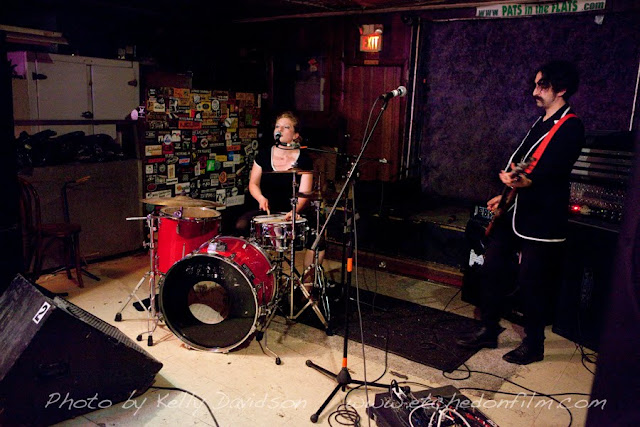 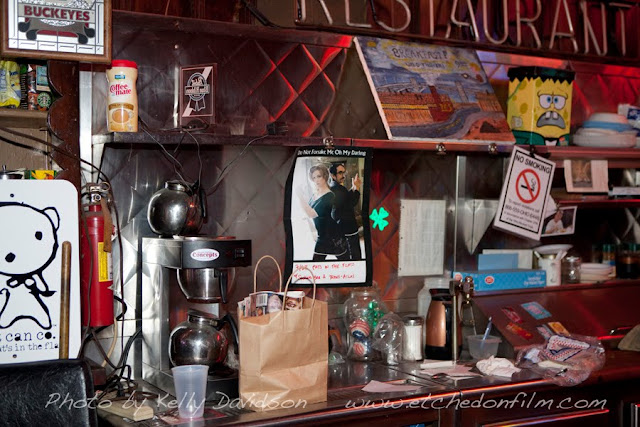 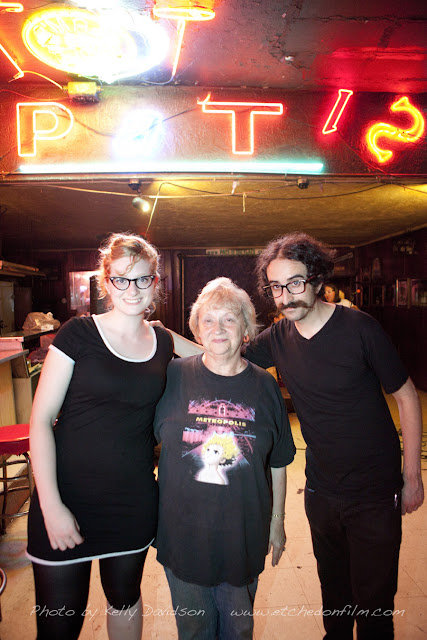 Pat still works the bar and she was really sweet and awesome.  Steve Barret is the promoter that set the bill up – and he was really sweet – he took some photos and videos which I imagine will be released into the world really soon. It’s really nice to keep meeting people that are as excited about their local scenes as we are about our Boston scene.  We played with two other duos – Trans Atlas (Video)- a Cleveland band and Spelling Bee (video – HD Video by Kelly Davidson) on tour from St. Louis Missouri, Teenage Grandpa (video) – who had a girl drummer – (also Cleveland based) finished up the night. 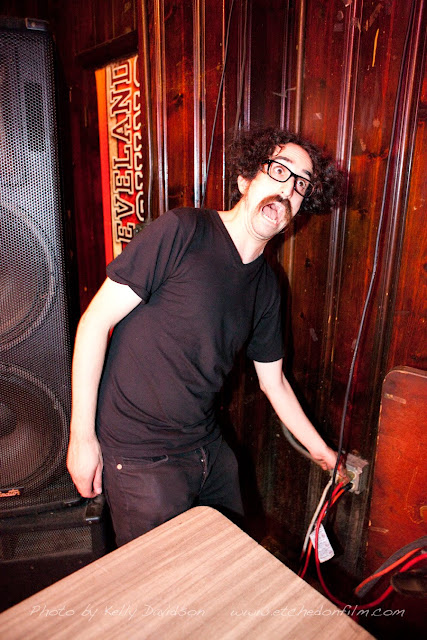 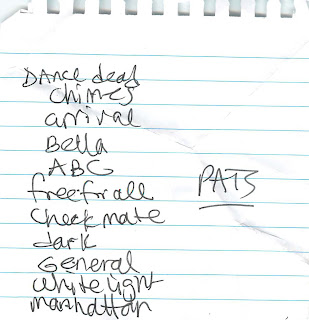 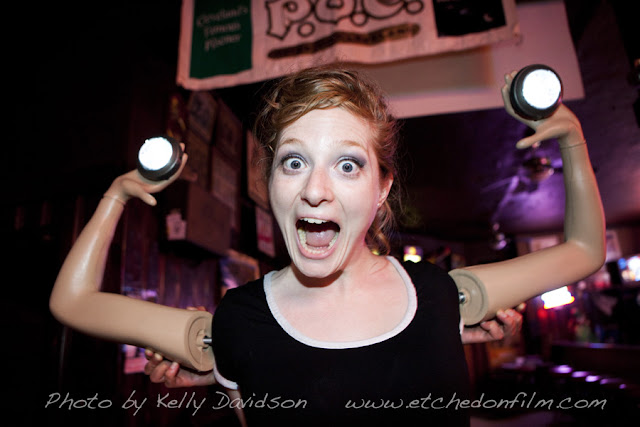