I am delighted to say that this article has been picked up by Music Think Tank: http://www.musicthinktank.com/blog/microfunding-is-the-future-of-labels-but-kickstarter-is-the.html


Kickstarter/Microfunding
By now we’ve all at least heard about Kickstarter.  Many of us have helped to fund projects.  I’ve supported  5 or 6 myself.  The best I can discern is that Kickstarter projects follow one of thee models.  The explanations are a bit long, but I hope to tie this back into music and into why I believe the Kickstarter models are mostly not the correct models for funding recordings, but are great models for other types of projects.  Additionally, if I ran Kickstarter, I’d disallow projects that did not meet a stricter set of guidelines because I believe that many projects that are on the site actually damage the Kickstarter brand and the entire concept of microfunding.  I end this post with a proposal for a new fan-investment label model that I believe is viable, won’t burn out fan interest in investment, and inherently creates a dedicated “street-team” to help bands promote their work.

Let’s start with my taxonomic breakdown of Kickstarter models: 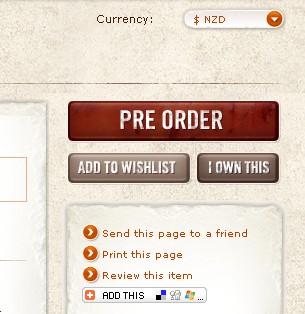 Model 3 – The pure pre-order
In model 2, the objects produced could not exist without Kickstarter funding. I.e., Schuyler would not have made his lockpicks without that funding.  The overhead was simply too high to afford.  Perhaps he would have found a way to make it happen, but a failed funding would indicate that the interest wasn’t strong enough to merit investment.  In this model, the production of an object is either already in process or completed.  That object is destined to exist regardless of whether the project is funded.  The project goal is essentially arbitrary.  It has no bearing on whether or not the project will be completed.  Sure, with funding, maybe the scope can be expanded – e.g., an album can be mastered by a more expensive studio.  However, the band that doesn’t get funded for their album is not going to call it quits.  They are not using Kickstarter to gauge interest in their project, they are using it to pre-sell an object.  Sure, while they are pre-selling, they also offer some packages that essentially constitute aspects of model 1 (i.e., donations).  Give us an additional $10 above the normal cost of our CD and we’ll come to your house and slow dance with you, etc.  Model 3, in my opinion, does not belong on Kickstarter.  The funding goal is arbitrary and meaningless.  The project will happen whether or not the goal is met.  Why set a hard goal value?  Why allow Kickstarter to take a percentage of the $ and why risk getting nothing when you fall short of the goal?  Instead, projects using this model should just pre-sell packages.  I’ve contributed to many of these projects because I want to support my friends’ artistic efforts, even if I believe they are misguided in technical approach.

Worse than just misguided, I believe that Kickstarter will wear out its welcome by allowing Model 3 projects to exist.  Supporters need to feel like they are contributing to the genesis of a notion or object that absolutely WOULD NOT exist without their contribution.  That is what will draw supporters to the site.  A fancy transaction system for pre-buying will not.  Most people have come to view and understand Kickstarter as the latter and not the former.  I’ve seen numerous people with Kickstarter burnout.  People are going to stop paying attention to projects.  The use of model 3 poisons the prior models, both of which I consider extremely interesting and valuable.
Should bands then use models 1 and 2?
I’d argue that it depends on the specific project.  If bands are looking to create or obtain something that doesn’t result in a specific sellable product, then perhaps model 1 would work.  If bands seek to produce a unique and innovative piece of merchandise that requires specialized manufacturing, then perhaps model 2 is appropriate.  If the band is in the middle of recording an album and looking for an injection of capital to help move things forward or help afford additional studio time, a high cost professional, or cover some or all of manufacturing costs, then I’d argue that they should set up a Paypal account and ask fans, friends, and family to either donate money to the cause or pre-purchase their upcoming release.  Why?  No specific amount of money is necessary for the completion of the project.  The band will make do with whatever their fans, friends, and families can help them with.  Funding directly through Paypal (or even taking checks) will also reduce the overhead significantly.  Finally, if any advantage exists for setting up these projects through Kickstarter (i.e., supporters are familiar with, or excited about Kickstarter projects), this form of enthusiasm will be gone in the near future as the “market” of Kickstarter-style projects becomes even more saturated than it is.  I’ve already seen several bands fail to meet their goals.  Some have sheepishly backed off using that model and asked for pre-purchases and donations as I suggest here.  Others just ended up spending more of their own money to get the job done.

Both the entire business end of the music industry and the artistic pool have been asking this question for years, hoping for a simple replacement for record labels.  Labels served as risk aggregators.  They made modest investments in relatively large numbers of artists with the hopes that a small percentage would lead to big payoffs to offset the losses on the majority of investments.  In recent years, label rosters have shrunk to only really include sure bets.  The major labels only invest money in artists already making money.  We need new risk aggregators.  What if microfunding didn’t serve as a donation or a pre-order?  What if, instead, it served as an investment?  Would you buy “stock” in your favorite band?  There are very concrete ways that artists could sell futures in their work.

How does it work?

I am not aware of any labels or collectives operating under this concept, but I would also be surprised if they don’t exist.  I’ve been contemplating the formation of a label operating under this very concept for some time under the Launch Over umbrella.  Here is the template of one possible operational scheme:

BandX wants to make a new album.  In the modern climate, BandX will raise the capital to fund the financial cycle of this album by contributing their own money to the project, asking for donations, or pre-selling a product.  Perhaps the band could hire the producer they want to work with, pay for recording, pay for mastering, pay for art design and photography, hire a publicist for a press campaign, hire a radio promoter, make and distribute a music video, and cover other operational costs for $20,000 (this budget could be scaled to any particular project).  If the band plans to include 10 songs on this album, they could sell non-controlling ownership, songwriting rights, mechanical rights, etc. equivalent to 49% interest in each song.  In order to raise $20,000, this 49%.  This would mean that for every $40.81 cents invested, a supporter could own 1% of a song.  This would mean that they’d receive 1% of revenue from album/mp3 sales, 1% of the writer’s share of back-end songwriter/performer royalties (BMI, ASCAP, SoundExchange, etc.).

Thus, if a song earned $4081, supporters would make back their investment.  If a song ended up being successful and it earned $100,000, the supporter would earn $1000, 24 times the original investment!  BandX gives up money, but no rights or control.  BandX can sell and distribute their music however they want.  BandX can take whatever licensing opportunities they want and reject those that do not fit their artistic mission.  BandX also now has an investor who is financially motivated to help promote the music, to help pass it along to their friends.

The exact numbers could be adjusted of course.  The terms could be time-limited, scope-limited, etc.  In addition to the financial  motivation, fans and friends now feel emotionally invested in the success of the artist.  They have the pride of ownership.  This, to me, is a real fan-funded model.  It’s not begging for money, it’s not trying to shift the financial timeline to frontload, it’s creating an actual, traditional business structure.  Fans will not primarily expect to make money by investing, but if BandX wins, its fans/investors also win.

I’m very interested in hearing your thoughts on this idea.  Great?  Terrible?  What are the upsides and downsides?  Will bands go for it?  Will fans go for it?