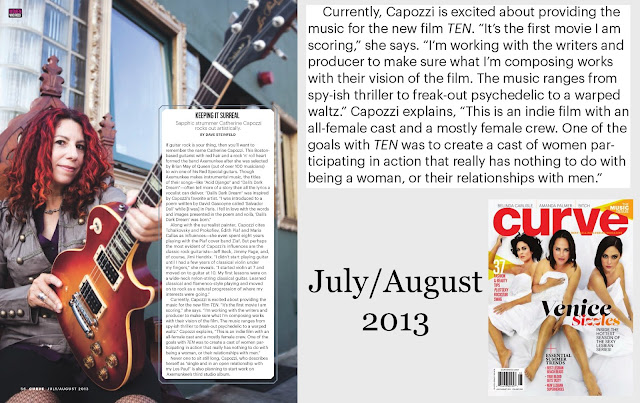 Curve says:
Currently, Capozzi is excited about providing the music for the new film TEN. “It’s the first movie I am scoring,” she says. “I’m working with the writers and producer to make sure what I’m composing works with their vision of the film. The music ranges from spy-ish thriller to freak-out psychedelic to a warped waltz.” Capozzi explains, “This is an indie film with an all-female cast and a mostly female crew. One of the goals with TEN was to create a cast of women participating in action that really has nothing to do with being a woman, or their relationships with men.”