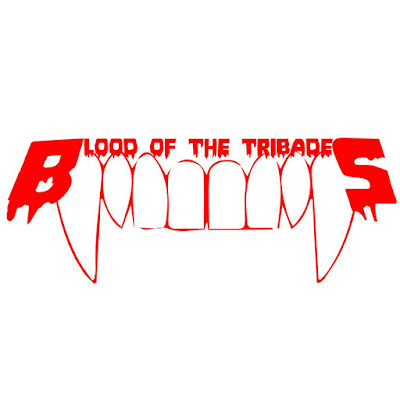 THE CASTING CALL FOR BLOOD OF THE TRIBADES HAS CLOSED.

https://twitter.com/BloodofTribades
http://bloodofthetribades.com/
ABOUT THE FILM:
We’re looking to blend some of the sparse, surrealist, weirdo 70s arthouse euro vampire French stuff like The Shiver of the Vampires (1971), Lips of Blood (1975), and Vampyros Lesbos (1971 – not French, but that’s okay) with the very British Hammer films like Twins of Evil (1971), Countess Dracula (1971), Lust For a Vampire (1971), and The Vampire Lovers (1970).

We hope to create a new sort of vampire world/lore in which a vampire named Bathor turned an entire village to vampires, stuck around long enough to teach them to survive, and then promised to return in 2000 years after conquering the rest of the continent. The only problem with this plan is that the vampires only have a limited capacity for memory, so they only know of what happened in more recent years. And their easy lifestyle leads them to abandoning all art and all documentation and turning to superstition. They also no longer know how to read (and they’ve burned all of the books). Very few people of the original thousands remain alive in the present day. In the past, some of the people were also driven out of the village as scapegoats and live in a fringe society. In the present, that banishment process is starting again with all of the women.

The religious zealotry, feminist, and race metaphors are intentionally very explicit and not subtle at all (akin to the society in Planet of the Apes, and also heavily influenced byTwins of Evil). We decided to go that route and leave the visual elements as the stranger, more symbolic, and more open metaphorical parts. It also lets us capture the structure, mood, tone, and design of the early 70s while mapping modern issues onto it.