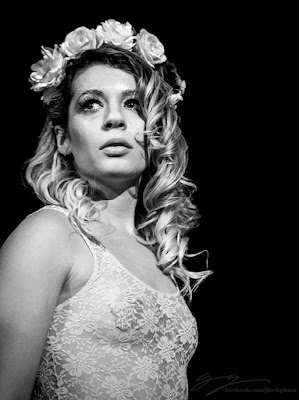 About Maggie: Maggie is part of the Boston Burlesque scene. A member of The Slaughterhouse Sweethearts, she’s also been a part of the holiday spectacular, The Slutcracker. She’s very excited to be in her second acting role in a film!

What excites me the most about BotT: Portraying vampire lore that isn’t shown often in newer films and shows. Also playing an immortal character!

What scares me the most: Getting bored and seeing the worst of humanity over time due to immortality.

Favorite vampire: Vampire Eric Northman from True Blood. He is assertive,  strong, was a Viking when turned, and also is protective of those he loves. He’s also really handsome.

Anything else you’d like to add: I can’t wait to work with the amazing cast and crew!

Where can you find Maggie:
https://www.facebook.com/maggie.maraschino