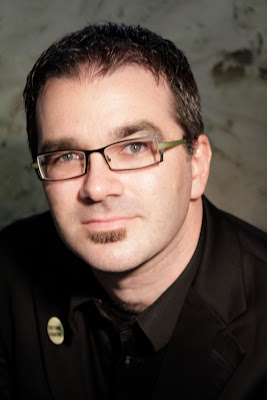 About Scott: I’m a professional magician, fencing instructor, stay-at-home Dad and middle-aged college student. Sleep is for the weak.

What excites me the most about BotT: I am completely in love with the idea that we live in a world where passionate, creative people can decide to make a thing and get the direct support of the people who want it made. Also, as the old saying goes: “If someone asks you if you want to be in a feminist lesbian vampire movie…YOU SAY ‘YES’!”

What scares me the most: Real fears: Something happening to my kids that I can’t do anything about.    Monster fears: The sludge from Stephen King’s short story “The Raft”. It’s the inevitable doom caused by a completely uncaring fate that gets me. Bonus points for having to watch it happen to your friends first (Honorable mention, the AI from “I Have No Mouth, but I Must Scream.)

Favorite vampire: Skinner Sweet from Scott Snyder’s “American Vampire”: A man who was already a monster before he was turned, relishing in his new power and wreaking havoc on the others of his kind, just because. If you haven’t read it, it’s the best take on the vampire mythos in a long time.

Anything else you’d like to add: Very excited to be a part of the project, and to add another inspiring vampire character to the resume.