Sophia Cacciola & Michael J. Epstein
Home » Film » Sophia and Michael to present Filmmaking for Nerds: How you can create your own movie at Vienna Nerd Institute in MuseumsQuartier Vienna
50 Most Recent | Film | Sophia 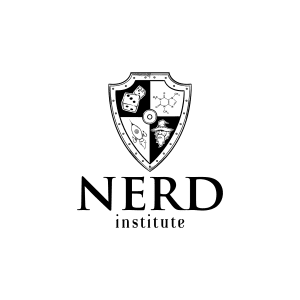 This web server is operated by monochrom, hosted by akis.at, site manager: Franz Ablinger. It contains several monochrom projects and projects of affiliates - plus Schmäh and Magic, of course. If you see this page, the target site you are searching for might be offline for the moment. Please be patient!

The premise was that we'd help the attendees write, shoot, and edit a film in 3 hours. We expected to just shoot a scene with maybe two people sitting and talking at a table or something. But, as it's the Nerd Institute, the class decided they wanted to do a time-travel movie with special effects. Sophia and I were skeptical that we could get it done, but disinclined to shoot down their ideas. Lo and behold, we shot and edited a rough cut (which I spent another hour or so cleaning up) in 3 hours. Here it is!

All the Time from Launch Over - Cacciola / Epstein on Vimeo.

PDF of the original script written by the group in about 20 minutes!

How you can create your own movie.
A workshop with award-winning filmmakers Michael Epstein and Sophia Cacciola from LA (in English language).

We would also be happy to hear in advance about your specific interests in terms of areas for greatest focus for this workshop.