Sophia Cacciola & Michael J. Epstein
Home » 50 Most Recent » My younger sister wrote a hilarious book about her wedding (featuring juicy gossip about me)
50 Most Recent | Michael 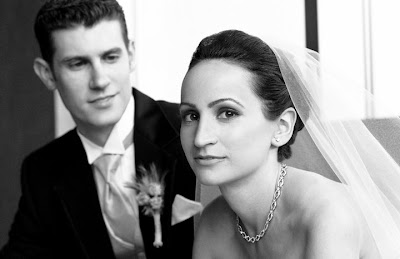 “John saw Natalie Portman naked. Or maybe it was Lindsay Lohan. Or both.”

…and those are possibly the best first 3 sentences in the history of writing. I’m just kidding about the gossip part mentioned in the title, but I am included in the book, mostly preceded by adjectives like: annoying, rude, smelly, irritating, etc. Still, avenging long-held grudges stemming from when I poured a can of Coke over her head (well, she claims I did, but I did no such thing) is not the point here.  What is the point? Find out for yourself!  You can read the first 3 chapters, which include the marriage proposal at a shoot for the Sex and the City movie and the subsequent first congrats by Li’l Kim, here. 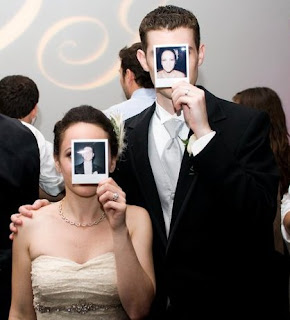 Sure, a lot of people try to write books, so before I give you full run down on my sister’s book, I will mention that this is quite a serious venture.  The prose is really well done and the book has already been shopped to several publishers, making it to the final editorial-board review stage at a few.  I believe the primary hurdle for this book is that, in the current financial climate, publishers are opting to primarily go with books by celebrities instead of concentrating on well-written prose and compelling contents.  Celebrities have a sort of built-in audience and it reduces the marketing work that publishers need to do (at least to some degree) to make a book successful.  So, to counteract that, you can actually really help get this book published by demonstrating that there is a real interest in it.  Please “like” the page for it on Facebook and go read the first 3 chapters and leave a comment on the publishing community page for it.

To put this into further context, my family is no stranger to the writing/publishing world.  My father has written a number of books including books about the history of political folk music, comedy teams, Jewish comedians, conversion to Judaism, and more.

My mother also wrote a book: Visiting the Sick: The Mitzvah of Bikur Cholim

.  The way I figure it, when my sister’s book gets published, the way is paved for me to complete my never-ending novel, Norbert Crump and the Space-Time Continuum.  So, if you want to read that, you had better help now!  (I promise it’s a little better than my prior publications: Invasion of the Burrowers and I’m Getting Sweaty in Here!!!, but possibly not as good as The Puce Letter.)

Now, a word from my sister Rachel Eddey:
I wrote a book called Running of the Bride. It’s pretty good. And I want to publish it. But, as any writer knows, it’s über-difficult to catch an editor’s attention unless you have a) a platform – meaning a group of people who already know about and support your work or b) a sex tape. In lieu of losing 10 pounds to prepare for the latter, I’m hoping to build traction by strong-arming innocent people (that means you, son) into reading the first three chapters. If you like them, join the revolution. And if you don’t…well, let’s not get into impossibilities.

Below is how the book jacket might read if I had a book jacket. Which I don’t. Because I don’t have a book. Since I don’t have a platform. As I don’t…oh, never mind.  What’s in it for you? That’s easy. You can ride my coattails all the way to fame and fortune. Should that not pan out, you’re SOL. But hey, it’s worth a chance.

Sarah Jessica Parker was the first to react. She gave a deep-throated sigh before turning her head and smiling. The only sounds were the rustle of couture-clad actors and the sweep of video cameras as the crew prepared to film a Sex and the City movie scene. Nobody spoke. It was then that I realized what had happened: my boyfriend, John, had proposed. And I hadn’t yet answered.

Running of the Bride is a humorous memoir about the astounding events surrounding my recent wedding—from getting engaged on the SATC set to winning a pair of diamond earrings, a honeymoon, and two gowns to appearing on two reality shows. Told from the perspective of a twenty-something New Yorker who has only four months to plan her dream wedding, ROTB provides a fresh look into the framework of relationships.

Using wedding planning as a lens, ROTB more deeply explores how trying, life-changing events—having a child, accepting a new job—can lead rational people to act irrationally. My battles and triumphs provide readers with a rehearsal for reality while taking them places they haven’t been, all the while exploring the arc of relationships—romantic, platonic, and familial—during a demanding lifestage.