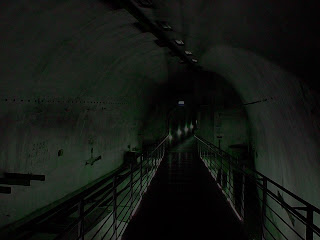 Well, I’m here in Switzerland and they do a lot of fascinating scientific work in this country. I feel like I’m in a spy movie. I’ve been sworn to secrecy about my precise location and who I am being treated by as these experimental treatments are not approved even here. I actually don’t think I really even know where I am or the real names of these people.  In the U.S., the FDA really cracks down, but here in what I can only guess is an old WWI or WWII bunker, they are doing cutting-edge work. There are risks, but I feel like I have no choice. As you all know, I lost Mustachey in a bet. Now, Sophia is barely willing to talk to me. I desperately called around and after speaking to some big-shot Hollywood agents, I got word of this place. I guess a lot of actors use it. It’s apparently “pretty safe” though no one knows the long-term effects of treatment. Anyway, it’s just a two-day program and I guess the results are almost instantaneous (though no progress halfway through day one, which is 16 total hours of treatment). I am not supposed to take any pictures or video, but I have been sneaking some low-quality crap on my phone. 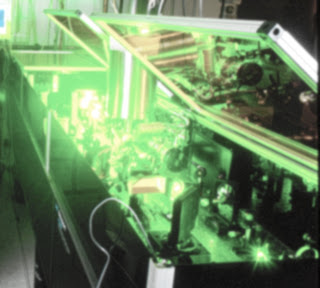 I haven’t had a chance to enjoy the chocolate or the watches, but it has been a really intensive learning experience. I’ve been asking a lot of questions. A lot of the treatment involves physical shock stimulation (mostly low voltage), but apparently mental stimulation also increases blood flow to the face, so they are having me read a bunch of scientific papers that serve as the basis for all this work. I am learning about Gsdma3 and the genetic involvement in hair growth triggering. I am learning about the use of UV-B in hair growth and UV-A plus some crazy chemicals (8-methoxypsoralen). Perhaps most interestingly is that the most effective treatment (at least they claim it) is the use of a reverse laser. I guess lasers work for hair removal, so if you reverse the laser process using anti-photons, hair grows back. The tricky thing is, and this is why it isn’t allowed in the U.S., it requires non-weapons-grade plutonium and zero-gravity fabricated polarized resistors.

I secretly grabbed some video, but it’s really dark in here, so you can’t see much of what’s going on with this equipment. 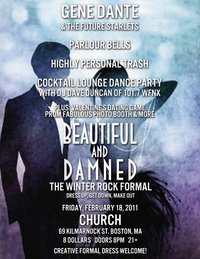 I am still a little angry at Ryan Schmidt for shaving Mustachey off, but he didn’t mean me any real harm, so even if I am not back, you should all go see Ryan, McAlister Drive, and Endway at the show too! Give them my regards. Incidentally, Christoph Krey of MD is really upset about having his facial hair removed as well, but he didn’t want to go to Europe with me. He told me he is trying some kind of all-natural, cruelty-free oil derived from a lion’s mane. He think it’s going to work and that the only side effect will be that his hair is a little lighter. I don’t know. I hope I make it out of here in one piece…