First, I really want to thank everyone for their support. It has been a really rough couple of days. I really know now how many supportive and caring people there are in my life and that you don’t all just love me for my facial hair. I’ve got an exciting update! First, a recap…

1. Ryan Schmidt won the bet that The Michael J. Epstein Memorial Library CD Release show (with Ryan, McAlister Drive, and Endway) at The Middle East Downstairs would sell out a month in advance. Christoph from McAlister Drive and I thought no way and make a reckless bet. Ryan got to shave off our facial hair.

2. Sophia, angry that I made the bet without telling her and that I went through with it decided she was no loner going with me to the Winter Formal rock show tonight at Church. 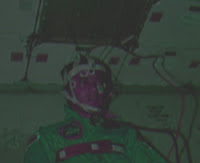 3. I frantically called around and found out about a secret clinic in Switzerland and received two days of painful treatments involving electroshocks and FDA-banned chemicals.’

4. Right before I left, Sophia wrote a touching song about how she really wants the mustache back…

I’ve got some incredible news. Despite a little bit of scarring around my upper lip, I am really glad to report that the treatments worked! The hair did grow in a little thicker and coarser than before. Artist’s rendition of my new mustache over on the left there!

In case you want to see the new Mustachey in person, I’m pleased to let you know that Sophia has agreed to go with me to the Winter Formal! See you there!

In other incredible news, we were able to renegotiate the contract for our sitcom Special Friends that almost got canceled for the continuity problems I was causing by losing Mustachey.  Christoph has been undergoing non-animal-harming lion’s mane treatments. I don’t think they will work, but only time will tell.