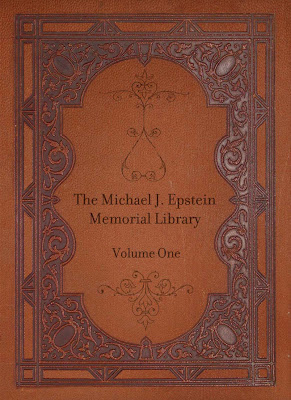 This year has been a little hectic with wrapping up the process of putting out The Michael J. Epstein Memorial Library debut album, _Volume One_. There are a number of new regular columns we plan to debut here in 2011 (including the recently premiered Sophia’s Rock Beat). This post is the first entry in a behind-the-scenes series examining our songs, albums, and other creations. Even though it may not always be about songs, I’m still calling it “The Story of the Song.”

Our first column here is, in fact, not about a song so much as it’s about the formation of The Michael J. Epstein Memorial Library and the path that led to the release of _Volume One_, the band’s debut full length, just 6 months after the birth of the concept of the band.

First, the most basic facts about the record. It’s a 10-song recording with a diverse set of song topics and styles and despite the fact that 12 musicians were involved in the process, the entire thing was recorded in less than 3 months.

It all began in Summer 2010. My previous band, The Motion Sick, was plodding forward frustratingly slowly. We had been working for over a year to try and complete a 4-song recording and not much progress was being made in any area. I thought, as that band slowed, that it might be the perfect time to give a go to another approach to a band. I wanted to form something that could move quickly, turn on a dime, and get off the ground in no time flat! I had also been writing a lot of songs that didn’t really work for the indie-rock vibe of The Motion Sick. We had even given a go to some of the songs, but they didn’t really move forward much. 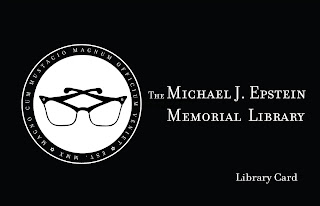 My idea? Form a large ensemble that could bring complex and interesting texture to very simple indie-pop songs. I had one failed attempt prior to The Motion Sick, back in 2003 or so, to form an all-female band to perform non-rock arrangements of songs I had written. When The Motion Sick evolved, that was put on the backburner. This time, having done a significant amount of work to establish myself as a somewhat known entity in the Boston music world, I thought I could take on a more ambitious approach. I wanted to form a 10-person, all-female band. I wanted to find mostly people I didn’t know very well and mostly people who had never been part of the Boston rock scene (or at least had not been too immersed in it). I didn’t really want a bunch of the usual suspects who were in 12 different bands and would feel like this was just another side project. I wanted to try something different. 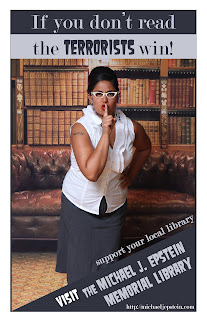 So, I posted on Facebook and on Craigslist. I asked around. I encouraged women who played instruments or had always wanted to play instruments to come be part of this crazy experiment. I wasn’t very picky about experience or skill. I wanted people with fresh perspectives on making music. I really had no idea what to expect or whether the whole thing might be a total disaster, but I figured that I had nothing to lose.

So, I brought a bunch of songs that I had written to the table and we started arranging those songs. I encouraged everyone to sing and tried to manage working individually with people to develop parts as well as allowing the group to kind of collaboratively write parts. I had a few melodic lines that I wanted to be played to reinforce vocal melodies, but the rest was pretty open and free-form. I didn’t hand out sheet music or anything like that (not that I could)!

We had our first show on September 11, 2010 opening for Neutral Uke Hotel (which I am also part of) at Cafe 939. Some members of the band had never played a rock show before, let alone a capacity show to about 200 people. I had feared that, because much of the audience was there for NUH, they would be likely to be noisy during our set and not really pay attention or care. Wow was I wrong! We were given the utmost respect and attention. When it was all over, lots of people asked if we had a CD and when we’d be playing again. At that moment, I realized that this experiment was actually working!

Why was it working? I somehow lucked out and ended up with an amazingly awesome set of bandmates who were enthusiastic and had tremendous talent and skill. Even those who are not technical had great musical intuition and ideas. Those who are more technical knew how to play for the song and not just deliver theory exercises. Band members kind of fell into roles without any assignment and those roles were working really well.

At first, I had figured I’d just let this thing evolve and see how it goes, but right after that first response, I though I had better push this full-steam ahead! A record was the first thing we needed to be taken seriously. The problem was, with 9 people in a band, each playing several instruments and almost everyone singing, recording was going to take forever. It was going to be cost prohibitive, and it was going to be challenging to coordinate with an engineer and studio. So, I did what I had been meaning to do for a long time.

I bought a ProTools rig and a few relatively inexpensive mics and learned how to record at home. I knew that I had to set my timeline or I’d never get this recording project done, so in October 2010, I booked a CD release for February 2011. We had not recorded a single note yet. I had never even used ProTools. 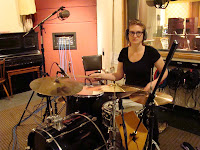 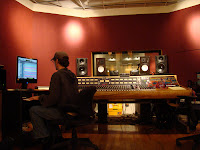 In October, we booked time over at Q Division with Mike Quinn (Moontower) to track drums. I knew better than to attempt tracking drums at home (except “The Weeping Song” was added after the date of drum tracking, so the drum parts were tracked at home one at a time rather than whole kit).

After we tracked drums, I took it all home and wondered if there was any chance I could pull off the rest of the record without ever having done any recording.

For November and December, I spent every free minute that I had bring each band member in, one at a time (except two for clapping!). I did my best to figure out how to mic everything and how to get some decent sounds using the limited gear I had. For the recording nerds out there, here’s all I had to work with. I pretty much don’t know the first thing about gear, so I just did the best research I could and here’s what I chose to buy: 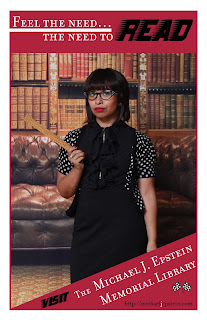 MXL 990/MXL 991 Recording Microphone Package – cheap ($100 for the pair) condenser mics that actually sounded pretty damn good in a lot of scenarios. I was surprised they were useful, but they really were.

Avantone CV-12 Multi-Pattern Large Capsule Tube Microphone – my voice sounds good on this low-cost (~$500) tube mic. With my limited knowledge, I found this to be a relatively versatile choice for vocals and many instruments.

OktavaMod Rode NT1a mod w MJE-K47 – (~$600 to buy NT1a and pay for mod) I consider this my super-clean, relatively cheap high-quality mic. It’s an interesting mod from Michael Joly. I had to wait a few months to get this, so I only received it halfway through the recording process, but once I had it, I was really glad to get some vocals and many instruments with it.

I got distracted and didn’t take pictures most of the way along even though I had meant to.  Here’s an example of some of our recording sessions:

In addition to the band members, we also had guest appearances by talented inter-library loanees: 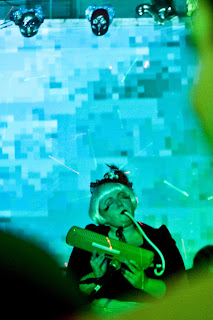 Edrie, headmistress of Walter Sickert and the Army of Broken Toys, lent her accordion skills and percussion mastery to several songs including an awesome essential part to “The Weeping Song” verses.

Veronica Dale, keyboardist for The Future Everybody, added some spectral theremin to “Holy Ghost” and “Amylee”

Finally, secret library enthusiast Bella Trilliana, who hasn’t been seen since her backing vocals appeared on the first album by The Motion Sick, is back in action on the trumpet on “Oh Emily” here.

After all of the tracks were tracked and edited, we brought the tracks back to Mike Quinn in The Moontower at Q Division in early January.  A huge thanks to Mike Quinn who worked really hard to help make sure that we got 10 songs with many, many tracks each mixed and ready very quickly. He really plowed through it, figuratively and literally (as it kept snowing and forcing us to reschedule sessions). Mike did everything he could to fix all the mistakes I made in the process. He salvaged pretty much everything I got and even made it all sound good!

The final auditory step was bringing the mixes over to Jeff Lipton at Peerless Mastering. He worked his magic to make everything sound full and balanced. The record was mastered through tape, adding warmth while maintaining clarity. Maria Rice at Peerless did the final quality check and the masters were shipped off for duplication!

Joe Kowan, who also did all of the design on the first record by The Motion Sick, designed and organized all of the artwork for the release using some of our fine library photos taken by Kelly Davidson and some photographs of books that the Brattle Book Shop kindly allowed us access to.