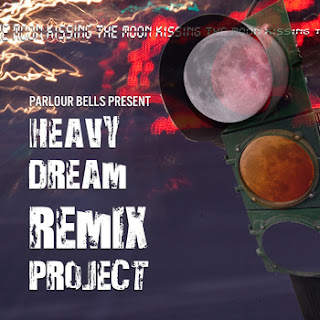 As part of the Parlour Bells Heavy Dream Remix Project, I made this “Hurricane Mix” to help everyone dance safely through the 2011 hurricane season. The remix project got an official boost coming into 2012 and this mix got a little airplay on Boston Accents on WFNX this past weekend!

We’ve got this song shaking with extra (upper-body-only) wiggling in preparation for this year’s Winter Rock Formal! While we won’t be performing music at the show, we’ll be involved in other capacities!

THIS SIDE OF PARADISE: THE WINTER ROCK FORMAL II

Sophia and I had a blast last year helping out with organizing the Winter Rock Formal photo booth and we’re back at it again…you also just might recognize a couple of the Bandlywed Game contestants!

I’ve had the pleasure of also collaborating with members of the band in various capacities previously!

Parlour Bells singer Glenn di Benedetto, has collaborated with Do Not Forsake Me Oh My Darling on the “First We Take Manhattan” music video and a “Sweet Dreams (Are Made of This)” cover due officially out soon. Glenn is also one of the Special Friends, a group you’ll be hearing a lot more from in the near future!

I played with guitarist Nate Leavitt in The Positronic Rays for One Night Band.

Bassist Brendan Boogie once ran against me in the Rock Primary and also shares the world record for most colleges busked in one day with me.

I also worked with keyboardist Magen Tracy (and Brendan and Nate) to perform a series of covers live with dancers from BalletRox for the very first Out of the Box show. (This collaboration led to this past year’s BalletRox collaboration with The Michael J. Epstein Memorial Library.)

Drummer Brandon Erdos is a swell dude, but I’ve never collaborated with him…at least not yet.