Our friend, Mark Phinney (you can see him playing the “door man” in our X-Ray Specs video!) is making a movie in Boston called Fat. Fat is a funny, and dramatic look at food addiction. Facebook page. 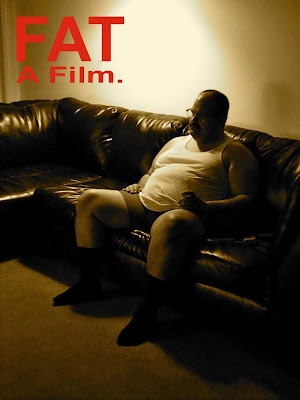 synopsis: “Ken is a man that won’t change his ways. Addicted to food, and bad health in general, he is headed on a one way path to an early grave. Despite help from his friends, he does what he wants, until a chance encounter that might just give himself the motivation he needs. Fat is a funny, and dramatic look at food addiction. It is an unflinching story based on Mark Phinney’s own experiences and writings on the subject.” The movie stars Melvin Rodriguez, who has quite the impressive IMDB page.

The movie will also have tons of great music by local bands (including The Michael J. Epstein Memorial Library) and cameos and parts played by many characters from the local music community (including a cameo by me, as me, pretty much).

Anyway, as is the way of 2012 there is a kickstarter page where you can pledge some funding/support towards the film – I encourage you to do so!