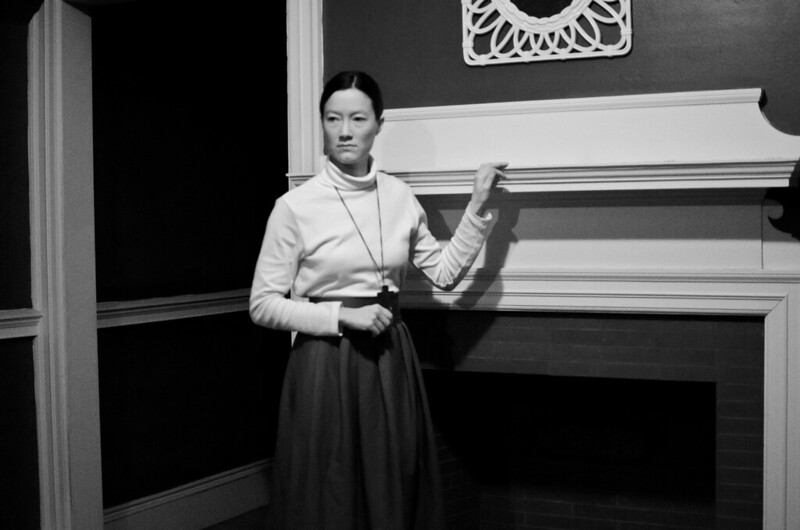 On the second day of principal photography for TEN, when we were really only experiencing the very beginning of sleep deprivation and insanity, we worked on an ensemble scene in which Molly Carlisle’s religious fanatic character made her first appearance to the group, ultimately scolding Jade Sylvan’s renegade character for eating an “unclean” ham sandwich and quoting biblical lines about allowable animals to eat.

(TEN trivia: The set was kept mostly vegetarian, aside from some beef jerky that various cast members snuck in. Jade’s ham sandwich was actually a vegan ham substitute.)

It took forever to get through the scene – not through any fault of Molly’s. She was perfect. Cinematography Kelly Davidson Savage and director Michael J. Epstein just couldn’t stop laughing, repeatedly interrupting the shot. At one point, Mike even fell off of the windowsill on which he was sitting because he was laughing so hard. He began to eat his shirt in an attempt to gag himself, and Kelly hit record and left the room. (Also, Mike’s stomach kept growling audibly, causing everyone to re-erupt in laughter.)

We finally got through it, but Molly’s hilariously earnest delivery of the list of animals that the bible deems edible – including multiple goat and sheep species – became one of the first running jokes of the shoot.

A few days later – or maybe it was even the same day, but it all started to blur together quickly – sound recordist Joel Edinberg could be found giggling to himself with headphones on whenever he had a spare minute at his computer. He said he was working on a surprise. When shooting wrapped for the day (or night, really), cast and crew alike were beginning to hit the first breaking point and spirits were low. Then, Joel shared his surprise with everyone: a dance remix of Molly’s amazing line.

You can listen to the song, “Roe Deer,” below: