https://mjeml.michaeljepstein.com/ (The Michael J. Epstein Mass Spectrometer) is very excited to be the house band for The Encyclopedia Show SomervilleMonday, September 9, 2013Davis Square Theatre255 Elm St., Somerville, Massachusetts 02144|7:00pm until 10:00pmFacebook EventSecond Season Premiere of the Encyclopedia Show: Somerville! Our theme for the show will be DINOSAURS. 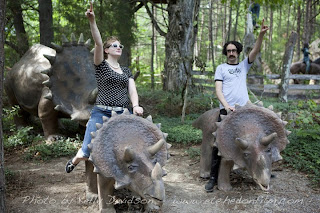 The Encyclopedia Show Somerville is an event franchised from the original series founded in Chicago in 2008, wherein invited artists from a variety of performance disciplines present all-new, original works on sub-topics of a single theme. A recurring cast of hosts and characters welcomes the artists with open arms and minds, while the resident Fact Checker is charged with maintaining the integrity of the Encyclopedic Truth of the show.
This month’s invitees and topics are as follows:
* WES HAZARD, A.S. Questionable Expert in the Dinosaurial Arts and Boston-area comic and poet, will lecture on General Dinosaur Knowledge;
* JADE SYLVAN, TEN star, author, and songstress, will present a musical piece in conjunction with Lesbian Tank Top about Extinction;
* JONAH COMSTOCK, local poetic artist, will reveal the mysteries of the Stygimoloch;
* MEFF LEONARD, punk-rock fop guitarist and member of Lesbian Tank Top, will investigate the Mammalian Characteristics of Dinosaurs;
* ANTHONY CONLEY, Endation and Faux Ox musician, will investigate the plight of the Plesiosaur;
* KEN GREEN, Chicago slam elder, will educate on the subject of the La Brea Tar Pits;
* and ALLISON TRUJ, Emerson College poet and expert from Dinosaurs Alive!, will dispel the myth of the Brontosaurus!

As always, the MICHAEL J. EPSTEIN EVOLUTIONARY TAXONOMISTS will provide musical stylings and an on-topic original piece about the Dinosaurs TV Show. Additional artists are TBA. 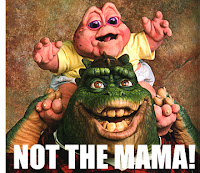 Our doors open at 7:00 for socializing in the theater bar.
The show itself will begin at 8:00 sharp.
This is an all ages show!
$10 admission / $7 for students, teachers, or guests in Prohibition-era dress.

As always, we are located at The Davis Square Theater in the eponymous Square, 255 Elm St. (same door as Saloon). For directions: http://bostonpoetryslam.com/encyclopediashow/directions-to-the-encyclopedia-show

Produced by Simone Beaubien and the Boston Poetry Slam.