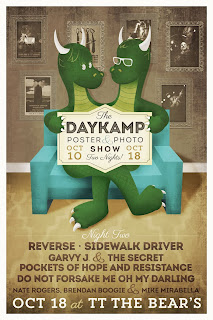 I always know I’m at a good show when I see Johnny Anguish (Daykamp Music) crouched at the front of the stage taking photos, and I always know which show to go to when I see one of Nicole Anguish’s amazing flyers (Daykamp Creative). Together, they keep this scene looking good. Nicole makes everyone look professional and Johnny makes everyone look like rock stars. We’re very honored that they asked us to play one of their 10th Anniversary shows – both line-ups are packed with much awesomeness – hope to see you at both!

Cooler than everyone rockers Reverse
Glamboyant up front, business in the rear power pop demons Sidewalk Driver
Tight as hell and wonderfully rousing troublemakers Garvy J and the Secret Pockets of Hope and Resistance
Noisy and raw spywave duo Do Not Forsake Me Oh My Darling
Holy shit all these guys were in Scamper: Nate Rogers, Brendan Boogie, & Mike Mirabella

Posters and photos from the Daykamp empire will be on display for the entire week between shows. 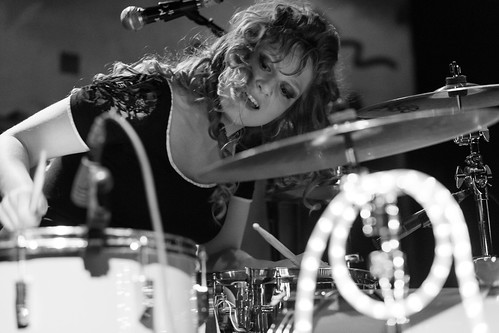 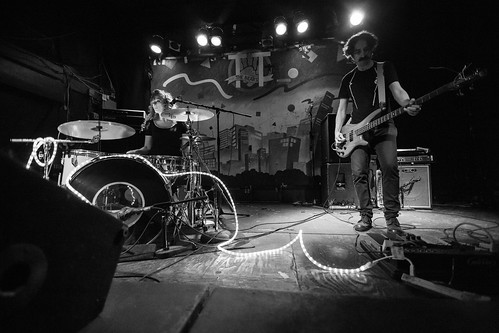 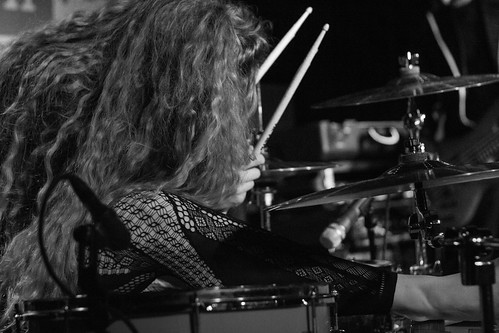