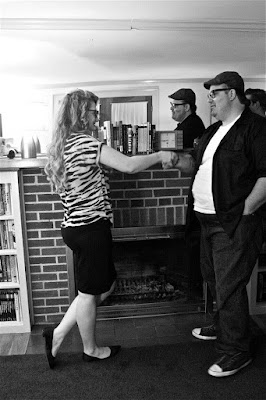 Directed by Mark Phinney, FAT tells the story of Ken won’t change his ways. Addicted to food, Ken is in bad health, and is headed to an early grave. Despite getting help and advice from his friends and doctors, he does what he wants, when he wants, until a chance encounter with love that might just give him the motivation he needs to save himself.

The movie also features a goldmine of local Boston music and score by the awesome Mel Lederman.
Trailer:

I am very excited that I got to be featured in a scene with Mel – Hulu chose it as a preview clip!