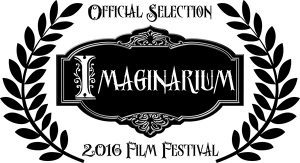 Below is a complete list of Film Festival and Imadjinn Award winners for Imaginarium 2016. We extend our gratitude to all who participated this year and we look forward to spotlighting many more talented filmmakers and writers in the years to come!

It’s an amazing gathering focused on writers/writing, so this is a tremendous honor for us!

We were very bummed that we couldn’t manage to attend, but they are the best and I really hope we can make it next year!

Blood of the Tribades
at

Imaginarium Convention is a three day annual event held in Louisville, Kentucky centered entirely around creative writing, including the worlds of books, movies, gaming, music, and comics/graphic novels. Imaginarium Convention features extensive programming content, with panels and workshops presented by over 150 professional guests covering everything from the craft of writing to various genres, industry-specific topics, publishing, and social media/publicity. The convention features a film festival with a full array of awards, a masquerade/costume contest, live music, gaming, an expo open to the general public, an awards banquet, a series of literary awards called the Imadjinns, and many more activities, creating a welcoming, inclusive atmosphere that is content-rich and ideal for networking, promotion and personal development.

We were very excited that we played at the Imaginarium Film festival last year with Magnetic!

TEN played there two years ago and we were able to attend and we had such a lovely time meeting everyone and making new friends at the convention/fest.