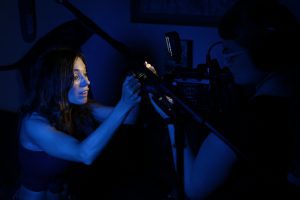 and I served as the west-coast proxy production team for Safe Place, a film shooting in Florida later this year starring Ashley Mary Nunes. The Florida team couldn’t make the journey to Los Angeles for the teaser shoot, so Sophia got to break out her new Blackmagic URSA mini pro to shoot. I did the sound design and edited the teaser, and, if you don’t blink, I might make a brief cameo in the teaser itself.

We’re not further invovled in the film’s production, but we’re waiting with anticipation and excitement to see the film once it’s done! 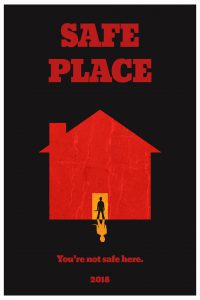 “Chris Craven, who you’d never know it but has had a horrible tragedy happen to him and his family, and he lives in constant fear and holds tremendous anger for the world outside. One night he crosses the paths of six youths who are all out to support their friend Lori’s art gallery opening, her last opening before the six graduate college. In celebration they accept an invitation to the Craven household, for what they believe to be a night of fun, and what transpired that night was something they’d never forget, a night where they would be forced to fight to make it back out alive.”