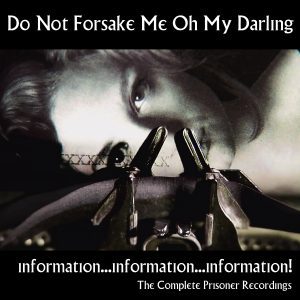 Do Not Forsake Me Oh My Darling started out in 2009 as a vehicle for my songwriting. We decided to name the band and the songs after Prisoner episodes because we loved the show, and personally a lot of the mood and themes of the show spoke to me creatively. I never thought it would take me eight years to write and release all proposed 17 songs! But, life, more music, and films got in the way. So here we are, it’s the 50th Anniversary of The Prisoner first airing in 1967, and it feels like a good time to finish this out and release the last two songs we promised so long ago!

I’m not sure what form Do Not Forsake Me Oh My Darling, or these songs, will take in the future, but it feels like a chapter has closed. Thanks for being along for the ride. Be seeing you.

MUSIC VIDEO FOR “EPISODE 17: FALL OUT”