Last October, http://blog.michaeljepstein.com/2010/10/most-epic-video-shoot-of-all-time-with.html I gave an update on the bulk of the shooting for our epic music video that recreates the opening sequence of The Prisoner. We’ve had several days of shooting since then. We spent two days shooting the resigned cabinet and models of Number 2’s control room -which was the work of Juliet Schneider (Iridium Productions).

In December, we had to reshoot the very last shot of the video – which is the ‘punching the air on the beach a dusk shot.’ We didn’t get it quite right when we shot all of the Rover footage in October. Revere Beach in December is cold, we found out! Adam Van Voorhis filled in on the camera this day – and provided advanced filter knowledge to get a really cool, dusky shot. 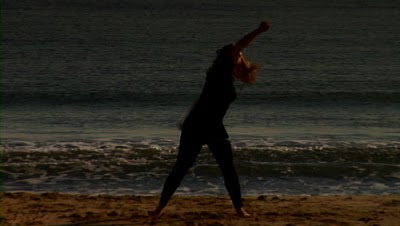 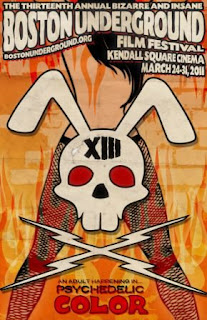 The video is not quite done. We are still working on the penultimate shot – of the two figures on the observation see-saws. However, a sneak preview of the video as is will be happing at the Boston Underground Film Festival (BUFF for short) – here is the link to the music video portion schedule. There are two screenings: MARCH 26 » 5:00P, and MARCH 29 » 5:30P. BUFF is an awesome time for any fans of the art of film – they are screening many independent films during the festival – check out the website for more info!

More on this later, but the official world premiere of the finished video will be at the annual Prisoner convention –Portmericon in April. The convention is held in Portmeirion, Wales – where The Prisoner was shot back in 1967! We are beyond thrilled that  Six of One – (the official Prisoner Appreciation Society) has chosen our video to screen there!