Two weekends ago we practically moved into Radio in Union Square for a very epic weekend of ROCK.

December 9th one of the umpteen bands I’m in, The Michael J. Epstein Memorial Library had the absolute pleasure of playing Edrie’s birthday party at Radio with Rick Berlin and Walter Sickert and the ARmy of BRoken TOys. Here is Michael’s official recap of the night. MJEMLVideo.
Rick Berlin:

Walter Sickert and the ARmy of BRoken TOys:

The very next night we were back at Radio for Mixtape 1988. Where super-groups formed to pay homage to the year in music of 1988.
Jaggery did an amazing job with their set – I only got two songs of it but it was all surprising and spot-on perfect. Jaggery does the Cocteau Twins and doing Buffalo Stance by Neneh Cherry:

Sunday night, we went to the benefit for Kitty Connection and caught the amazing grunge-n-roll of I, Pistol

and my first time (of I’m sure will be many) catching Cancer Killy Gemini CKG Video 1, CKG Video 2, CKG Video 3: 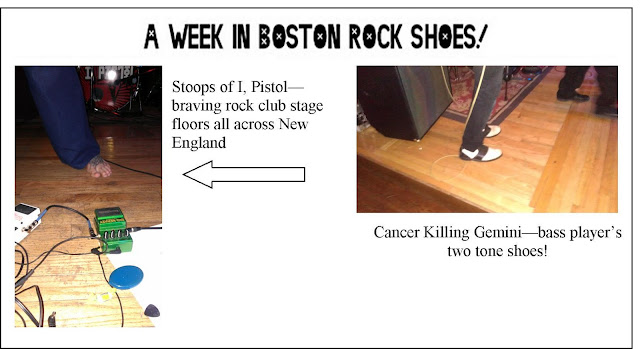