Weekend Vampire is now available to watch for free on Amazon Prime! If you don’t have a prime membership, you can still watch it for free with ads! 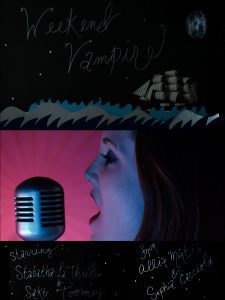 Weekend Vampire was created by Sophia and Allix Mortis (who you may remember as the star of Magnetic!) for a Women in Film/Harvard Scriptwriters Club competition called Flicks4Chicks. We won two awards at the fest: Best Comedy (as chosen and presented by the Women in Comedy Festival) and Best Costumes!

The film follows a night-in-the-life of an ancient vampire (Stabatha la Thrills) who wakes up in an attic in 2016 and goes party-hopping with a chatty millennial (Sake Toomey).

Production Assistant: Zach of the Dead

Zach of the Dead as art intern

“Vampires in Love” by STEMS 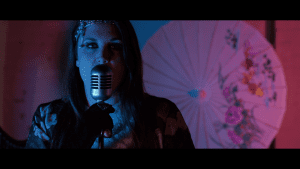 “We Will Live Forever” by Night Kisses