About Seth: Seth is an actor with a passion for collaborative art and independent cinema. Past screen credits include two award-winning feature films (“Girlfriend,” 2010, as Jeremy; “Only Daughter,” 2013, as Billy Corbett), short films, web series (“Quiet Desperation”) and numerous music videos. When not acting, he’s writing and performing original folk music with his duo The Chatfield Phoenix, creating sculpture & jewelry, teaching Kundalini Yoga, or relaxing with his wife and two cats in rural NH.

What excites me the most about BotT: Playing a terrible, terrible villain. I’m actually a pretty nice guy in real life, so it’s fun to exercise the polarities within ourselves. 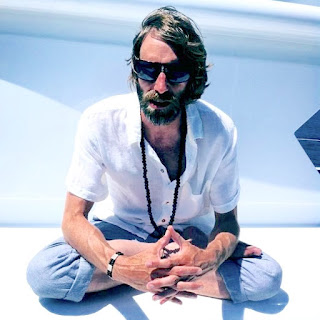 What scares me the most: Lack of social progress and clowns.

Favorite vampire: Max Shrek as Nosferatu. I have only seen the film a few times, but no one possessed a viscerally creepier physicality and visage of the vampire than he. He set the tone. His vampire is not beautiful or seductive. He’s terrifying.

Anything else you’d like to add: The blood is the life!

Where can you find Seth:
https://www.facebook.com/ChatfieldPhoenix

You can also find me in a Hug The Dog music video (“Friday Nights”) and a Natalya Sysyn video (“Pity Party”).