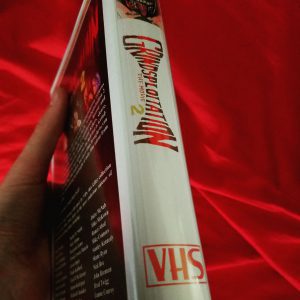 Grindsploitation 2: The Lost Reels: “The film you never asked for and nobody wanted!”

Blood of the Tribades actually started out as a short film for the sequel to Grindsploitation, Grindsploitation 2: The Lost Reels – an anthology of modern trash made to mimic the style of, well, 1970s and 1980s trash. It’s a callback to the days of video nasties and other ultra-graphic content. There is now a very NSFW trailer!

And now out on blu!

On October 14th, a 30 copy limited edition VHS version goes on sale through SRS Cinema. The film will be distributed widely by Troma with a wide release date TBA!

We just have one slightly spoilery shot in this trailer, so be prepared!

Our film, which was going to be a five minute short that was a “lost scene” from a feature (that didn’t exist), gradually morphed into the actual feature! The Grind folks over at Vestra Pictures were kind enough to let us cut a special grindhouse trailer from the film with a new in-character voiceover by Seth Chatfield as Grando, recruiting men to join The Brotherhood. This version of the trailer will appear only in Grindsploitation 2: The Lost Reels.

We loved doing this because a lot of these kind of anthology comps (like the ones put out by Something Weird Video) have a great mix of trailers and other nonsense. We like to think it was a perfect fit for the mayhem!

Of course, we dug back into the archive and made the trailer from our favorite original 1971 faded and misframed print of the film. 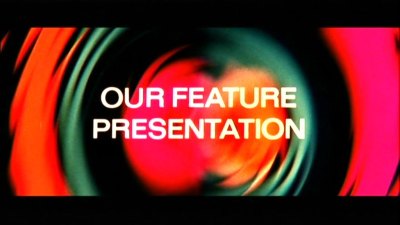