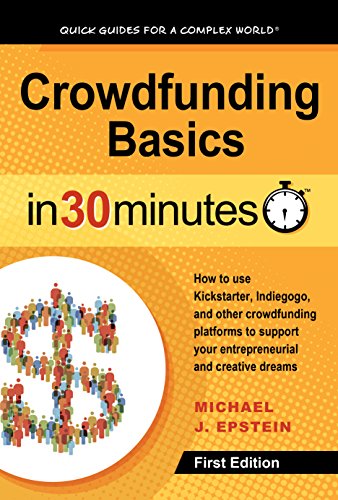 Crowdfunding sites such as Kickstarter, Indiegogo, and GoFundMe can not only help you raise money to fund your idea or cause, they can also help you establish a community of enthusiastic supporters. This crowdfunding book will show you how. Available now!

Crowdfunding Basics in 30 Minutes is a finalist in the Independent Publishers of New England’s 4th Annual Book Awards!!!

Crowdfunding Basics in 30 Minutes named one of The 100 Best Books for Small Businesses and Entrepreneurs by Proven.

I wrote this book on crowdfunding because I saw numerous resources using major film, music, and television stars' campaigns as examples of successful creative campaigns, but far fewer that applied to my situation. Most of us have much smaller fan bases, and much more modest needs and goals. I wanted to write a book that was intended for naive starters (what I was 5 years ago) who want to create projects to raise a little bit of money and gather supportive communities.

Just a few short years ago, if you wanted to produce a new gadget or raise money to make an independent film, you had no choice but to scrape together funding on your own ... or hope a generous friend or relative might put up seed capital. These days, there's a new approach: crowdfunding. Sites such as Kickstarter, Indiegogo, and GoFundMe can not only help you raise money to fund your idea or cause, they can also help you establish a community of enthusiastic supporters.

In Crowdfunding Basics In 30 Minutes, author and crowdfunding expert Michael J. Epstein explains how to plan and execute a successful crowdfunding campaign. In a single sitting, you will learn about the different types of crowdfunding projects that are possible, including entrepreneurial startups, creative or artistic projects, charities and community causes, individual support campaigns, and patronage funding.

This crowdfunding guide covers budgeting basics as well as goal-setting, not to mention the importance of preparing professional-looking campaign assets such as video clips, photographs, and calls-to-action. The author explains how to design reward tiers that not only attract backers, but also won't bankrupt your budget. Other topics in Crowdfunding Basics In 30 Minutes include: 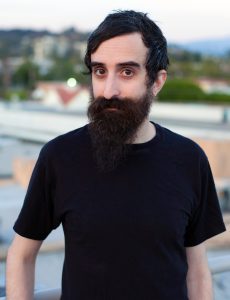 Michael J. Epstein is a filmmaker, writer, musician, and scientist. His creative work has been featured in TIME, USA Today, SPIN, CURVE, Famous Monsters, and Fangoria. Michael works with his creative (and life) partner, Sophia Cacciola, to make sci-fi, horror, and cult films that explore sociopolitical issues. Their feature films TEN, Magnetic, and Blood of the Tribades were funded on Kickstarter, won numerous festival awards, and have found worldwide distribution.